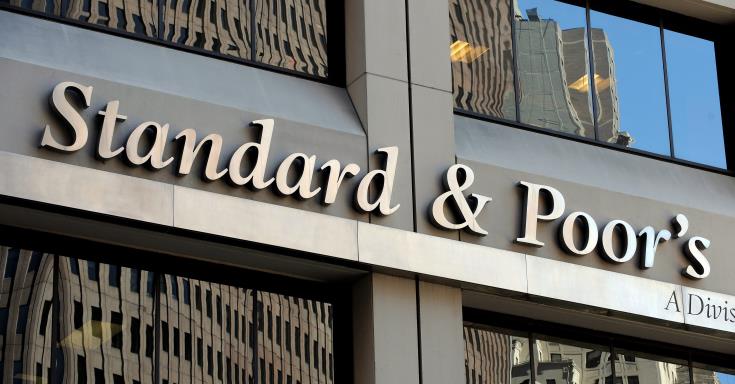 “The government supports the Cypriot economy and society as a whole, in a targeted and flexible way and at the same time proceeds with the planning that will allow the maximum possible utilization of the programs and funds Europe offers,” said Petrides.

“It was based on prudent public debt management policy, the strong cash reserves of the State reducing the short-term refinancing risk, and the continued pan-European fiscal and monetary support,” Petrides said in a statement.

“The international credit agency also notes that the stable outlook reflects the view that the risks associated with credit rating are generally balanced, despite the pandemic-induced economic downturn,” he added.

According to S&P, measures to contain the spread of Covid-19 and the sudden stop of tourist flows pushed Cyprus’ economy into a recession last year, resulting in a sizable fiscal fallout, with gross government debt reaching a high 119% of GDP.

Petrides said the agency noted the benefits of grants under the EU’s Recovery and Resilience Facility and further improved debt repayment schedule.

The most important factors for a future upgrade of the credit score are the return to solid economic growth, which is substantial for reducing high public debt and a decline in non-performing exposures (NPEs) on the banking sector’s balance sheet, following an expected increase in 2021.

Standard & Poor’s expects the Covid-19 pandemic will continue to cloud economic and fiscal outlooks this year amid only partial recovery of the vital tourism sector.

In its “upside scenario”, the rating agency says it could raise the sovereign ratings on Cyprus on the back of substantial economic growth and improved budgetary performance, underpinning a noticeable decline in one of the highest stocks of public debt in the region.

In the “downside scenario”, a rating drop could emerge if budgetary performance in the coming years is markedly below S&Ps current expectations, threatening the pace of general government debt reduction, or if economic growth prospects unexpectedly deteriorate.