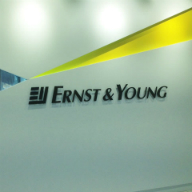 Cyprus is in the process of improving cooperation and information sharing with Russia in order to meet the new standards, says Cyprus Ambassador in Moscow.

Speaking during a seminar held recently in Moscow by Ernst & Young, Ambassador Kasoulides said that he is in contact with the competent authorities in the country and that "all the horror stories you read in the press for the inclusion of Cyprus in Russia’s blacklist are simply not true." According to E&Y there is room for improvement for Cyprus, said Kasoulides, adding that "we are determined not only to survive but also to make Cyprus an even better hub of entrepreneurship and services."

Inland Revenue chief Giorgos Poufos who participated in the seminar referred to the statements by the Minister of Finance Harris Georgiades, assuring attendees that Cyprus will not impose new taxes, adding that no such provision in the Memorandum of Understanding with the Troika. Poufos also said that Cyprus has designed and implemented an action plan for improving the assessment of the country from the Organisation for Economic Cooperation and Development (OECD). The seminar was attended by over 100 Russian businessmen and representatives of large groups of companies who exploit the comparative advantages of Cyprus for their investments.