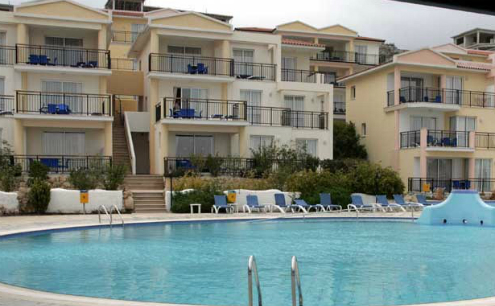 For Brits looking to buy property abroad, especially for reasons of permanent relocation, Cyprus is the fourth most popular choice of their favourite destinations, according to a recent real estate survey by Rightmove Overseas.

The UK's leading online real estate portal has highlighted the island of Aphrodite as a top choice for Britons both for short-term and long-term escapes from the UK. The popular website's specialised foreign property section, surveyed more than 3,000 people last autumn to find out where they are planning to buy abroad, and their reasons for doing so. Approximately half of the people (51%) who participated in the survey were looking to buy a house abroad as a holiday base, 36% as a permanent residence, and 13% as investment. Most prospective buyers were 55 to 64 years old. Those looking to complete the purchase within the next two years came to 60%.

Overall, Cyprus was the seventh most popular destination for those looking to buy a house abroad in the near future, be that for vacation, permanent residency or investment reasons. Spain came in first place, overtaking France as the place most British buyers will look to purchase a second home in the remote future. Completing the top 10 list are Italy, the United States of America, Portugal, Greece, Turkey, New Zealand and Australia. Cyprus came in fourth place as the location most Brits who participated in the survey had already bought property abroad for any reason, and sixth for emigration reasons. For those looking to relocate in the near future and buy a house abroad, Cyprus is the fourth most favourable option, behind France, Spain and Greece. Regarding the purchases of property as an investment in the future, the survey concluded that Cyprus - currently the second most popular country with the U.S in the lead - will not be among the top 10 choices, some of which include Spain, the US and France.

For UK residents, the top reasons for moving overseas were for better weather and a less stressful way of life. Lower crime rates, less instances of antisocial behaviour, lower cost of living and a better environment for families with young children were also cited as important criteria when choosing to move to another country. Cyprus scores high in most of those categories.