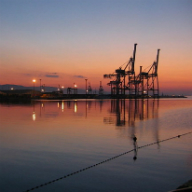 Cyprus’ Limassol Port is set to undergo further expansion with the 500-metre extension of its western basin quay as part of a €60 million expansion project.

Representing the project's second phase, the quay will be increased to 1,270 metres helping to accommodate the influx of largervessels calling Limassol, Cyprus’ largest commercial and cruise port. Construction works on the new quay will begin in the coming weeks, according to the Cyprus Ports Authority. The first phase of the project involved the deepening of the port’s western basin to 16 metres, and its turning circle and navigation channel to 17 metres. To support the quay expansion the port has recently acquired three super post-Panamax gantry cranes, a new 60-tonne capacity tug boat and a new pilot boat.

In addition to the expansion of the port’s cargo business, a new 6,800 square metre passenger terminal is currently being built in Limassol, which is scheduled for completion later this year. Furthermore, the Cyprus Ports Authority has also confirmed that efforts are also being made to enable Paphos Port to serve cruise traffic.