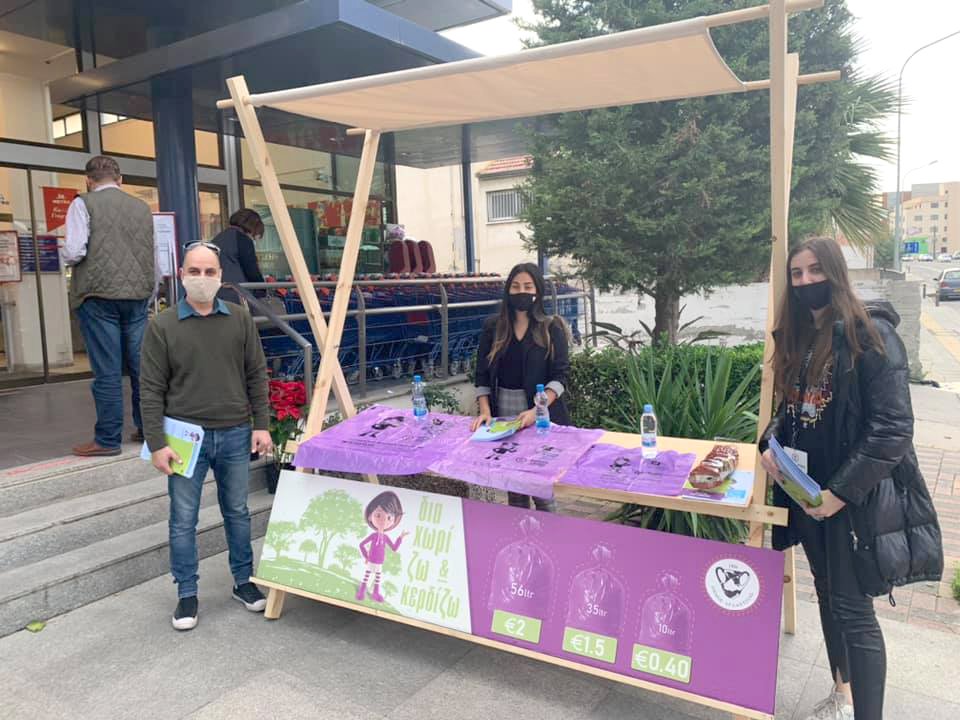 The nationwide pay-as-you-throw scheme is due to be announced later this month but is already running in Aglandjia municipality, where waste has been reduced by a whopping 41% since it was fully launched in January.

The programme will gradually be implemented elsewhere, senior officer at the environment department Elena Stylianopoulou, who is responsible for the project, told the Sunday Mail.

To start with, she explained, municipalities will be given the opportunity – and €25 million available from the structural funds of the EU – to carry out their own studies and submit them to the ministry for approval.

“This is the first stage, we will give them time to design a programme, some may need a few months, and some are ready,” she explained, asked about reports saying the system will be running six months after relevant legislation is passed. “Much of it is still under discussion, but we will try to give them money for three or four years to figure out what works best.”

This, she added, can be in the form of a pilot study by a given municipality, but does not have to be.

“We allow for flexibility, but mainly we will go for the prepaid bag system, as studies show this is the most cost-effective and the best incentive for residents which is the main thrust. Those who opt for another system will really have to justify why.”

Some parts of the scheme still hinge on approval from the House of Representatives. Head of the House environment committee head Akel MP, Giorgos Loukaides, said on Wednesday that the programme will only start after it is voted by the new parliament after the parliamentary elections on May 30, and will then need a six-month transitional period after the bill is passed.

Akel is looking for three amendments to the proposed legislation, special pricing for vulnerable groups, the fixed charges not exceeding a third of the total cost, and special arrangements for remote communities.

But Stylianopoulou refutes this legislation has to be passed before other actions can be taken, saying she gets her directions directly from the president, and adding there was never a stipulation to include a six-month trial period.

“I was asked to launch this in April and have no further instructions,” she specified. “There is no fixed period, but it will take some time.”

While the details of the legislation are still being hammered out, one neighbourhood at least is several steps ahead.

A pay-as-you-throw system in Aglandjia is an indication of how it is likely to work on a bigger scale. It started with a pilot study in March 2020 and was fully implemented in January this year.

In just three months the change has made a huge impact, municipal secretary Haris Tsangarides noted.

“There is a 99.5% compliance,” he said after the municipality evaluated the results of the first quarter of 2021.

In previous years, the municipality, as still happens elsewhere, charged a flat annual fee for the waste based on the size of the household.

Now a volume-based waste management system is in place, whereby residents pay for everything they do not recycle.

All these items have to be placed in purple bags, available in supermarkets, kiosks and bakeries in the neighbourhood. Each bag costs €2 to cover the cost of the waste disposal.

To help people reduce their waste, the municipality has done several other things. They offer compost bins complete with instructions on how to use them and paper bags for grass and cuttings which they collect from homes.

An online interactive portal tells people how to discard various items such as plastic cups or cardboard boxes, and the municipality’s website informs residents what to take to Green Points.

The municipality will not collect any items placed in plastic bags other than the purple ones. As previously, the collection of recyclable items still falls to the government-approved Green Dot company, which islandwide collects items in the brown plastic bags for paper and the clear bags for PMD, plastic, metal and and drink cartons.

Tsangarides commented on the numbers available so far.

At the same time, recycling, meaning the amount of waste being sent to Green Dot from the municipality, has gone up by 27% in the first two months, and the recycling company will have to evaluate how far this growing trend is bound to affect their operations in future.

A major concern, as in all countries, is a potential increase in illegal dumping by people who want to avoid payment.

This has not happened, though there has been some ‘garbage tourism’, meaning people have taken some of their garbage to neighbouring municipalities to be collected where they are not charged.

“This was only a slight increase of one tonne per week, 12 tonnes in 12 weeks, out of 850 tonnes,” said the municipal secretary.

Aglandjia resident Maria Kyprianou said she is happy with the project.

“It is a very good system. For me it works, we used to pay a lot, now we have a chance to save. It makes you be more careful about what you throw. You can also put things like potato peelings and vegetables in compost bins and stir them once a week and eventually you have fertiliser for your trees.”

This makes much more sense, she believes, than to charge people by how big their house is, as few might live in a big space and many in a small dwelling.

Tsangarides believes the vast majority of communities and municipalities will have the system in place by the end of 2023.

“There will be some issues with remote villages. Not every last village will be included but the big urban areas should be covered,” he said.

“But it will take a lot of commitment and political will.”