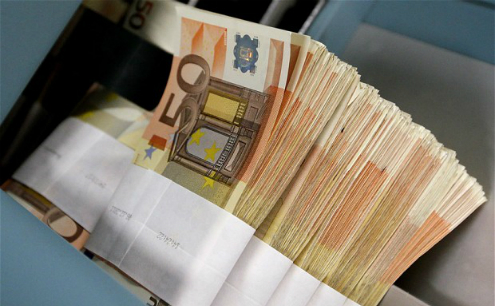 Private-sector deposits declined slightly in Cypriot banks in February, but still reflected broad stabilisation after 18 months of falls, according to ECB.

Banks in the eurozone member state were shut for nearly two weeks last March after Cyprus agreed a 10-billion-euro bailout under which major depositors had to pay part of the cost of the rescue. Capital controls are still in place, with limits on how much people can transfer from their accounts, although Cyprus is gradually easing the restrictions.

The ECB data showed deposits in other southern European countries mired in the debt crisis remained relatively stable. In Italy, private-sector deposits rose by 0.2% but they fell by 0.2% in Greece and by 1.3% in Portugal. Monthly fluctuations in the figures are common, though sharp consecutive drops in countries with stable banking systems are unusual.

The data, which are for all currencies combined, are not seasonally adjusted and differ slightly from national central bank figures. They exclude deposits from central government and banks.