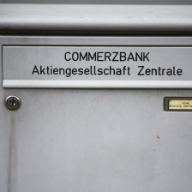 Regulators in Cyprus are investigating transactions made by now-defunct Laiki Bank and arranged by Germany’s Commerzbank. The probe comes after a local lawmaker said the deals might have broken laws that bar a company from purchasing its own stock.

House of Representatives member Irene Charalambides sent a letter, seen by Reuters, to the Cyprus Securities and Exchange Commission (CSEC) and to Germany’s financial watchdog Bafin, alleging that Commerzbank sold two structured products that acted as vehicles for Laiki to buy stock in itself and affiliates. There are limits on companies buying their own stock without obtaining shareholder approval, to prevent them from surreptitiously inflating their own market price. Charalambides is campaigning to help depositors in Laiki, once Cyprus’ second-largest bank, after they lost about €4.3 billion last year when the bank collapsed and Cyprus required an international bailout.

“We have received a complaint, which the Cyprus Securities and Exchange Commission is investigating in cooperation with German regulators, to ascertain if there is a case or if any violation of laws occurred,” Demetra Kalogerou, president of the CSEC, told Reuters. Kalogerou said the CSEC had sought information from Bafin because a German bank was mentioned in the complaint. Bafin declined to comment.

Charalambides said Commerzbank should have questioned the commercial rationale of the transactions and that if regulators upheld her complaint, they should consider asking Commerzbank to refund Laiki depositors the amount they lost through the products, which she estimated at €50 million. A spokeswoman for Commerzbank declined to give details about the investment securities, saying it would be a breach of client confidentiality to do so, and said the bank’s initial research showed there was “no indication of any wrongdoing by Commerzbank” related to them.

A copy of the letter from Charalambides, who is a member of the committee charged with examining Cypriot banks’ governance and lending practices, was also sent to Mario Draghi,the president of the European Central Bank. The ECB declined to comment. The administrators for Laiki were not available for comment. The collapse of Laiki under the weight of losses on investments in Greece is currently under investigation by regulators in Cyprus.