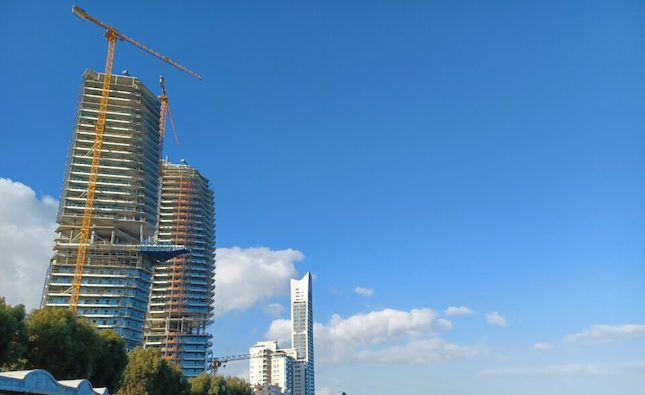 ‘Cyprus property market not going through a bubble’

Council for Registration of Real Estate Agents president Marinos Kineyirou on Wednesday said that the Cypriot property market is not currently going through a bubble, despite the concession that prices have indeed been increasing.

“It is a given and expected that as the prices of raw materials continue their upward trend, the final selling prices of new properties will inevitably increase,” Kineyirou said, explaining that the cost will also be increased for those who intend to renovate or improve their properties.

“How much prices will rise will depend mainly on the course of prices internationally, as well as the time period for which they will remain elevated,” he added.

However, the council president said that it would be prudent to further contextualise the prices currently seen in the Cypriot property market.

Firstly, he referenced a report recently published by the Central Bank of Cyprus, which shows the property price index for the fourth quarter of 2021.

In total, the market experienced price increases of 2.6% year-on-year, lower than Cyprus’ GDP growth over the same period of time.

At the same time, construction costs rose by 17.3% year-on-year during the fourth quarter of the previous quarter, something which will inevitably be reflected in how property prices are calculated, especially during the coming months.

Demand has been particularly high for apartments, both by Cypriots and foreign buyers.

Regarding interest by foreigners, this is expected to further increase due to the rising number of international workers who have already relocated to Cyprus or are planning to do so in the short-to-medium term.

The influx of high-end professionals was bolstered by the recent interest of many Ukrainian and Russian companies in relocating their operations to the island.

“In this context, reports of a bubble in the sector and so on are gradually returning to the realm of public debate,” Kineyirou said, noting, however, that “there is no question of a bubble for a number of reasons”.

Kineyirou said that price increases were deemed to be at normal levels at the end of the previous year and were driven by elevated, organic demand for residential properties.

“The additional price increases that are expected, primarily for newly built properties, are exclusively related to the increase in the prices of raw materials internationally and is a phenomenon that does not only affect Cyprus,” Kineyirou said.

Kineyirou also compared the current situation of the market with the years preceding the financial crisis of 2013, when prices were similarly high.

“According to the Central Bank Property Index, prices are still much lower than those of 2007, when they reached their peak, but also compared to 2010 or 2012, if we want to go back a decade,” the council president said.

What is more, excluding high-end properties in Limassol, Cyprus’ real estate prices have not risen at the same pace as those in other Eurozone markets.

“We estimate that the coming months will be characterised by widespread uncertainty while the increase in the cost of basic goods will continue to put pressure on the purchasing power of consumers who will be very careful with their decisions, especially in terms of making high-value purchases,” Kineyirou said.

He also explained that there is already a large stock of used real estate in the market, which is steadily rising in quantity.

Furthermore, he stated that due to intense competition among property sellers, there are still opportunities to be had, both for owning a primary residence or for the acquisition of a second home for investment purposes.

“The real estate market has shown strong resilience, both during the pandemic and in this new period of uncertainty,” Kineyirou said.

“We are optimistic that it will once again cope without any adverse effects,” he concluded.