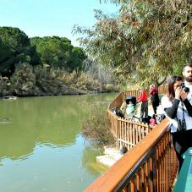 Cyprus’ public sector environmental protection expenditure for 2012 is estimated at €89.3 million or 0.50% of the GDP, according to data the Cyprus Statistical Service released recently.

“The share of the GDP of Cyprus devoted to environmental protection activities in the public sector is lower than the average in the member states of the European Union (0.66% in 2011)”, it notes. According to the survey, total current expenditure reached €67.4 million while investment expenditure reached €21.9 million. Furthermore, in 2012 the subsidies or transfers received by the public sector exceeded those given, thus registering -€12.8 million of net subsidies or transfers utilized for environmental protection purposes.

“By environmental domain, the majority of the current and capital expenditure had been utilized to finance wastewater treatment (€30.1 million or 33.6% of the total expenditure) and other general environmental issues as well as actions for the protection of the natural environment and biodiversity (€44.6 million or 50.0%)”, the press release says. Further, the monitoring, treatment and disposal of waste absorbed €6.1 million of the total expenditure, the monitoring and abatement of air pollution €4.2 million, the protection of soil and ground water €3.4 million and the abatement of noise and vibrations €1.0 million. The biggest amounts of expenditure were undertaken by the Forests Department, the Water Development Department and the Ministry of Interior.