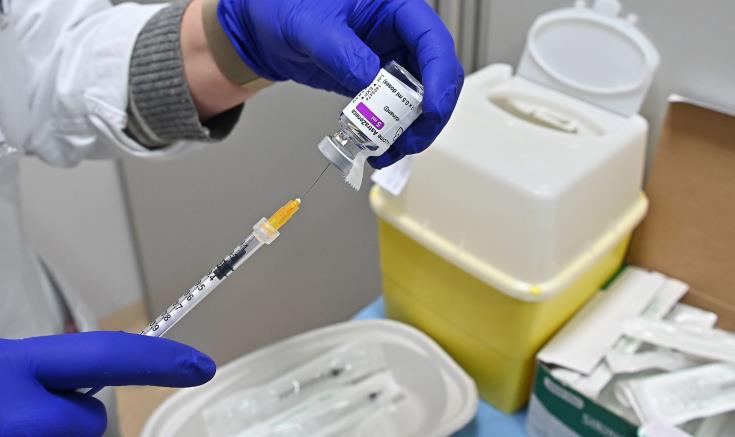 Cyprus puts AstraZeneca on the back burner

The Republic of Cyprus has temporarily suspended AstraZeneca shots for Covid-19 until an emergency meeting on Thursday by the European Medicines Agency, with reports saying Nicosia has already entered negotiations with Moscow to add another jab in the mix.

A temporary hold on the Oxford shots came on Green Monday public holiday following similar actions taken by Germany, France and Italy, on the same day, with the Cypriot health ministry saying it would pause all AstraZeneca shots until March 18.

Last week Cyprus was among a number of EU countries that temporarily stopped using a particular batch of AstraZeneca out of an abundance of caution as a preventative measure. There had been reports of thromboembolic episodes following vaccinations in other countries while no local issues were known on the island.

But as more countries moved to suspend the administration of AstraZeneca shots altogether, Cyprus followed suit while continuing the inoculation program with alternate vaccines from Pfizer/BioNtech and Moderna.

Government spokesperson Kyriacos Koushos on Tuesday also confirmed reports that the administration was seeking vaccines from Russia, with the Cabinet authorizing negotiations for pre-ordering Sputnik-V and make it available pending EMA approval.

But health expert Petros Karayiannis says he is not particularly worried over AstraZeneca, adding that the experience so far in Cyprus, as well as the United Kingdom where a big portion of the Oxford jabs has been used, there were no thrombosis episodes associated with the vaccine.

"I understand the concern but personally I don't believe the vaccine is dangerous," Karayiannis said.

The local expert, who sits on the government's pandemic task force, went on to say that if other countries didn't want to use AstraZeneca, then "this would mean more vaccines for others to reach the desirable 70% coverage."

According to Kathimerini Cyprus, health ministry sources say there is no cause for alarm as the number of thromboembolic events was too small throughout the EU to be associated with the vaccine.

The Pharmacovigilance Risk Assessment Committee (PRAC), EMA's safety team, has been carrying out a preliminary investigation over the weekend, preparing to examine in the coming days data on thromboembolic events.

Events involving blood clots, some with unusual features such as low numbers of platelets, have occurred in a very small number of people who received the vaccine, EMA said in a statement.

Many thousands of people develop blood clots annually in the EU for different reasons, EMA added, saying the number of thromboembolic events overall in vaccinated people seems not to be higher than that seen in the general population.

But an emergency meeting has been scheduled for Thursday this week, as Brussels officials are looking at cases to determine whether the vaccine might have contributed to thrombosis incidents or if the event is likely to have been due to other causes.