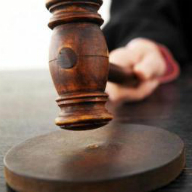 The time needed in Cyprus to resolve litigious civil and commercial cases was 505 days in 2010, according to the EU Justice Scoreboard released recently by the European Commission.

As regards systems for the registration of management of cases, Cyprus ranks in the penultimate position and Greece at the last one. With regard to the perceived judicial independence, Cyprus ranks 19th in the EU and 47th among 184 counties. According to the key findings of the 2014 EU Justice Scoreboard include some Member States continue to face particular challenges with regard to the efficiency of their justice systems. Lengthy first instance proceedings together with low clearance rates or a large number of pending cases point to the need for further improvements.

While ambitious reforms have been recently adopted in certain Member States (for example in Portugal), their effects cannot yet be reflected in the Scoreboard as data is mostly from 2012. Moreover, the availability of information and communication technology (ICT) tools for courts increased but room for further progress exists, in particular to render contacts between courts and citizens easier. Alternative dispute resolution mechanisms are now available in nearly all Member States, while monitoring and evaluation of court activities exist in most Member States.

In nearly a third of Member States the participation rate of judges in continuous training activities on EU law is above 50%. Training of judges and legal practitioners and ICT tools are crucial for the effective functioning of a European area of justice based on mutual trust. In several Member States the perception of independence has improved whilst in some Member States it has deteriorated. EU Vice - President and Justice Commissioner Viviane Reding said that "justice delayed is justice denied.

The EU Justice Scoreboard is a key tool within the EU’s economic strategy, enabling more effective justice for citizens and businesses. A properly functioning, independent justice system is essential to gaining the trust of citizens and investors, and indispensable for mutual trust in the European area of justice,” she noted. "This second edition of the EU Justice Scoreboard comes at a time when many Member States are carrying out judicial reforms to improve their competitiveness. Developments and data confirm the importance of continuing to pursue with commitment and determination the efforts made to improve the effectiveness of justice systems throughout the EU," she added.