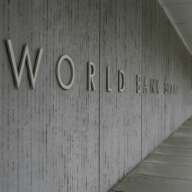 The report determines each country’s relative ease of doing business by grading it in ten categories with regard to the attractiveness of its legislative framework to local businesses. Overall rankings also reflected Cyprus’ score in starting a business, while in terms of dealing with construction permits it ranked 148, down three spots.

It also ranked lower than last year in trading across borders – 34th this year, down two spots – and resolving insolvency, at 51 – down from last year’s 50.

Cyprus’ score remained unchanged in enforcing contracts, at 113. It was only able to improve on last year’s scores in registering property, 112 compared to last year’s 116, getting credit, six spots down from last year’s 67, and paying taxes – one spot better than last year’s 51.

In contrast to Cyprus, Greece has gained five spots relative to last year, climbing to 52 overall.

Among EU member states, the so-called ‘EU periphery’ appears to rank lowest in ease of doing business, with Greece, Slovenia, Italy and Cyprus showing the longest lead times in enforcing a contract.d