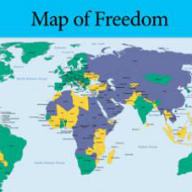 Cyprus ranks amongst freest countries in the world

Cyprus is among the freest countries in the world according to the Freedom in the World 2014 report, by Freedom House, which gave Cyprus the highest possible rating of 1 for both political rights and civil liberties.

Freedom House said that in Europe most countries showed respect for democratic standards and civil liberties, even as nationalist sentiment grew in response to an influx of immigrants. However, according to the report, concerning global political rights and civil liberties the state of freedom in the world declined for the eighth consecutive year in 2013. “For the last eight years, Freedom in the World shows an overall erosion in global freedom, with 54 countries recording a decline and 40 countries earning gains in the report’s scoring system,” said Freedom House. According to the report, just 88 countries were designated as free in 2013, representing 45% of the world’s 195 polities and 40% of the global population. Countries qualifying as Partly Free numbered 59, 30% of all countries assessed, and they were home to 25% of the world’s population.

A total of 48 countries were considered Not Free, representing 25% of the world’s polities. Some 35% of the global population live under Not Free conditions, though China accounts for more than half of this figure. Freedom House attributed the decline to the events of 2013 that were shaped in part by authoritarian powers’ active resistance to democratic change and a crisis of confidence among leading democracies, particularly the US. They also referred to the developments in Egypt and to serious setbacks to democratic rights in other politically influential countries such as Russia, Ukraine, Azerbaijan, Turkey, Venezuela and Indonesia. “Some leaders effectively relied on ‘modern authoritarianism’, crippling their political opposition without annihilating it and flouting the rule of law while maintaining a veneer of order, legitimacy, and prosperity,” said Freedom in the World.

According to the report, civil liberties improved in Tunisia, described as “the most promising of the Arab Spring countries”, Pakistan showed gains due to successful elections and an orderly rotation of power, whereas in Africa, gains occurred in Mali, Côte d’Ivoire, Senegal, Madagascar, Rwanda, Togo, and Zimbabwe. The addition of Honduras, Kenya, Nepal, and Pakistan raised the number of electoral democracies to 122. Central African Republic, Equatorial Guinea, Eritrea, North Korea, Saudi Arabia, Somalia, Sudan, Syria, Turkmenistan and Uzbekistan were given the lowest possible rating of seven for both political rights and civil liberties.