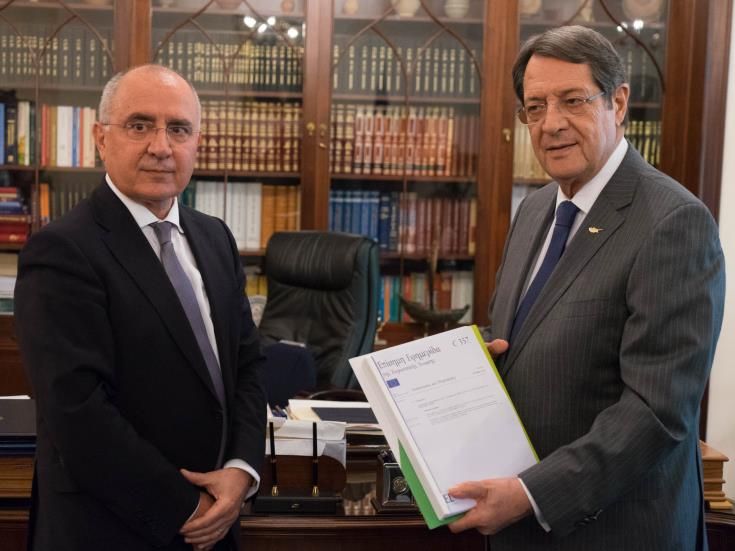 Cyprus ranked first at the end of 2017 among EU countries in terms of absorption of funds from the European Regional Development Fund and sixth from all European Funds, Dean of European Court of Auditors, Lazaros Lazarou recently.

Presenting the report to President Anastasiades, he said Cyprus is on a good track for full absorption of funds for the period 2014-2020.

On his part, the President congratulated Lazarou and praised the excellent work, he said, that is carried out by the relevant authorities as far as the absorption of EU funds is concerned.

He noted the proposals submitted must be well prepared to have the maximum contribution from European funds. In remarks to the press after his meeting with the President, Lazarou said the aim of applications for funding in 2017 was 100 million euro but Cyprus exceeded this by 25%.

He added that these amounts concern, inter alia, infrastructure projects.

Lazarou remarked that if “Cyprus continues at this pace, there will be full absorption and Cyprus will be a net beneficiary from the European funds.”

He further said there the demand in Cyprus is for all EU funds and noted that any delays observed in the past were not due to the state services.

Answering questions, Lazarou said that the European Court of Auditors is carrying out financial audits of whether the EU accounts present a true and fair view of the results as well as compliance checks.