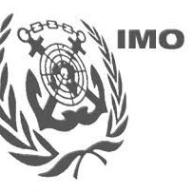 Cyprus re-elected to the Council of the International Maritime Organization

At the recent 28th Session of the International Maritime Organization (IMO) Assembly in London, Cyprus was re-elected to the Council of the Organization, the body responsible for supervising and coordinating the Organization’s work.

Cyprus submitted its candidacy to be re-elected as member of the Council in Category (c) comprising 20 elected member states of the IMO. Cyprus was first elected to the Council in this category in 1987, and has been re-elected ever since, ranking among the first four candidates in the number of votes received. In the 2013 election it was again among the top four candidates. Membership of the IMO Council is particularly beneficial as it allows Cyprus to participate in the decision-making process affecting shipping and underlines the country's credentials as an international maritime power.