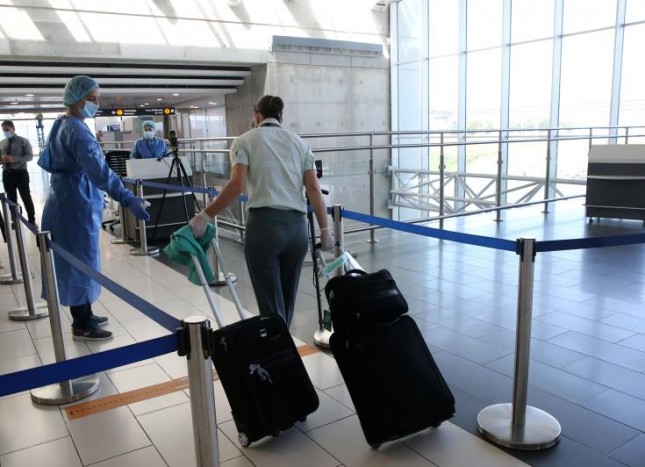 The minister also told reporters that the authorities are following all necessary protocols and procedures in order to reduce the risk of spreading the virus.

“When the flights resumed and the airports opened, we had only a few flights and a few hundred passengers but now we have reached approximately 6,000 passengers on a daily basis,” he said.

“And the air traffic is set to increase, since UK will be added to category B as of August 1,” he added.

Karousos also said that new flight destinations are added from and to Cyprus.

Direct flights are added to France, Denmark and from several airports in Germany.

The minister also said there is an increased number of tourists from Switzerland and Austria.

Asked to comment on complaints by passengers on a flight from Germany that their temperature was not taken, the minister said that a thermal camera records the temperature of all passengers .

He also explained that Germany is a category A country and no negative Covid-19 test is needed before travelling to and from the country. And that random tests are carried out by the health ministry.