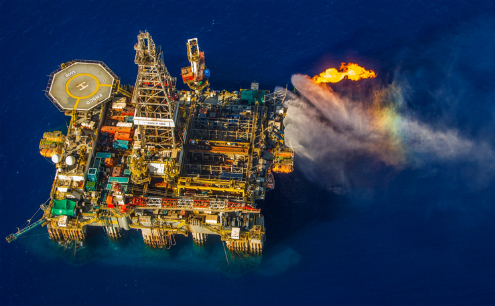 The first phase of Cyprus Gas Company’s (DEFA) tender process for the supply of liquefied natural gas (LNG) has triggered considerable interest from major international players such as Shell, BP, Eni and Total.

According to DEFA, 25 suppliers, among the most dominant in the global LNG market, are seeking to supply gas to Cyprus and have submitted the prerequisites to qualify for the next stages of bidding and negotiation.

“The intense market competition for LNG supplies confirms that the strategy to acquire an FSRU was a decision toward the right direction,” a DEFA statement said.

DEFA, following customary international practice for the supply of LNG, launched an open call for Expression of Interest in June.

Through this process, DEFA shall pre-qualify and proceed to contract with the LNG suppliers for the procurement of both “spot” cargos and basic quantities of gas.

DEFA is expected to proceed to the next stage of the process at the beginning of 2020.

“Turning to natural gas is not only our national strategy but also our European commitment to meeting the environmental and energy goals set by the European Union,” said DEFA President Dr. Symeon Kassianides.

He added: “The fact that the competition has resulted in numerous and high-profile entries, makes us optimistic that we will also obtain competitive pricing.”

On the outcome of the evaluation of the tender for the construction and operation of the LNG infrastructure at Vassiliko, no challenge within the deadline was raised with the Tender Review Authority.

As scheduled, the Natural Gas Infrastructure Company (ETYFA) will invite the first ranked consortium to sign the contract in the very near future, DEFA said.

DEFA) announced last month that a Chinese-led consortium is the preferred bidder for the construction of a €300 mln LNG import terminal and related infrastructure.

A step closer to the establishment of a natural gas market in Cyprus, the multinational consortium of JV China Petroleum Pipeline Engineering, AKTOR S.A. and METRON S.A., with Hudong-Zhonghua Shipbuilding and Wilhelmsen Ship Management were the preferred bid.

The LNG import project is co-financed by a grant of 40%, or up to €101 million from the European Union’s ‘Connecting Europe Facility’.

Kassianides said this was not an interim solution as the same infrastructure can be used for exporting gas when or if Cyprus becomes a producer.

The LNG terminal at Vassiliko is scheduled for completion in 2021.

Despite confidence in the tender procedure, Greek firm Energean Oil & Gas is lobbying hard to be allowed access to the Cyprus market so it can sell its Israeli gas via pipelines to Vassiliko by early 2021.

Although the government has rebuffed Energean’s “unsolicited offer”, the Greek firm insist they can deliver quicker than the FSRU project and that competition should be allowed for the benefit of the end-user.

Even if the figures add up financially, Nicosia is reluctant to abandon its plan as it doesn’t want to be dependent on a single supplier and forsake the construction of an LNG terminal.