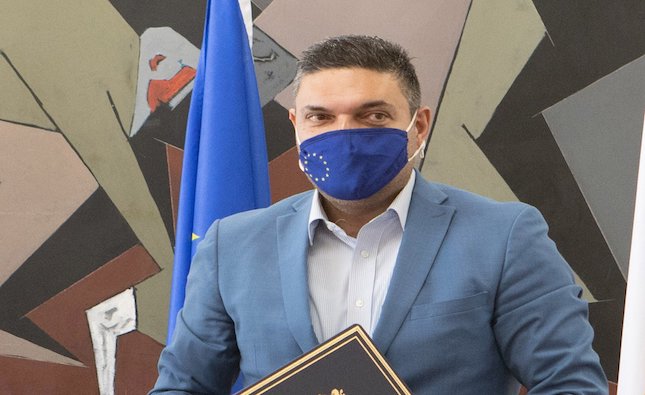 Despite the Covid-19 doomsday scenarios, the Cyprus economy shrunk -5.1% GDP, less than any estimate made by the government or European Union monetary bodies, Finance Minister Constantinos Petrides said Tuesday.

Eurostat data on GDP growth of the Cypriot economy indicated it had shrunk by 5.1% during a coronavirus-stricken 2020.

The finance ministry’s last estimate earlier this month was a larger 5.5% contraction, the European Commission forecasted -5.8% dip, the Cyprus Central Bank -6.2%, the IMF -6.4% while the University of Cyprus Economic Research Centre revised its forecast to -5.7%.

And Cyprus’ economy shrunk less compared to the average contraction in the Eurozone (-6.8%) and the EU (-6.4%).

Welcoming the data, Petrides said in a statement on Tuesday that Eurostat’s data vindicated government policies throughout the pandemic.

“The real data now confirm both the effectiveness of the Government’s support policies for companies and employees and the resilience of the Cypriot economy,” said Petrides.

He said the growth rate of Cyprus’ GDP in the fourth quarter of 2020 compared to the third quarter was 1.4%, which is the third-best growth rate in the Eurozone, which recorded negative growth of -0.6%.

Quarterly growth decelerated from 8.9% in Q3 due to shopping malls, retail stores and hospitality being shut down in December to contain the second wave of COVID-19, while local lockdowns were enforced in Limassol and Paphos

“The challenges of managing the pandemic are still ahead of us and they are great, the problems in the market are real.

“There is still uncertainty both regarding the progress of the vaccination program, which is crucial for the economy, and how the pandemic will further unfold,” said Petrides.

He said the government will continue to support the economy by all means possible.

“Assuming our responsibility for observing health protocols will play a decisive role in the management of the financial crisis.

“This way, we will collectively lay the foundations for a strong recovery in the near future.”

Earlier, the finance minister had told the Cyprus News Agency the government would gradually reducing debt and cash reserves as the situation normalises.

The government’s cash reserves amounted to €3.84 billion at the end-2020, approximately 20% of the island’s GDP, despite pressure on public finances and the economy from the pandemic.

“Our strategic target since the beginning (of the pandemic) was to roughly double our reserves without jeopardising rating downgrades or the sustainability of the public finances,” Petrides told CNA.

He argued that if all goes well with the vaccination program, Cyprus will be gradually reducing reserves, thus relieving public debt at the same time.