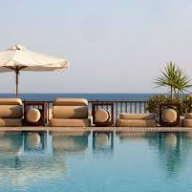 Cyprus has been included amongst the 25 top European destinations with the best hotels and also appears in the global top 100 on Trivago's hotel search engine.

According to an official announcement from the Greek branch of the world’s largest hotel search engine, Trivago, Cyprus is 25th on the European list and takes 79th place globally.

On the global list, the top five places went to the Turks and Caicos Islands, the Cayman Islands, the Lesser Antilles, the Maldives and St. Lucia.  Greece was in 60th place.

Local industry experts have said Cyprus’ tourism prospects for 2016 appear to be positive, following on from a good 2015.