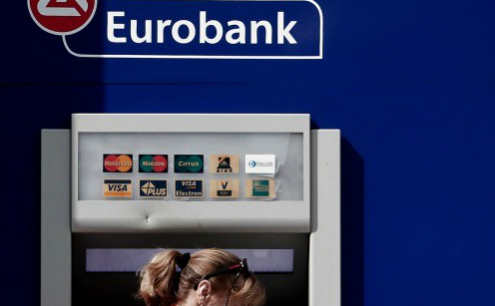 Months after Cyprus has exited the MoU, the country is on a positive path towards continuing economic recovery, though risks related to a high NPL ratio and Brexit instability remain.

This was the main message at a Eurobank Cyprus press event on Friday in which the first issue of its Quarterly Economic Monitor was presented. In attendance were CEO Michalis Louis and the authors of the report, Professor Gikas Hardouvelis and research economist Ioannis Gkionis.

Hardouvelis, a former Minister of Finance in Greece and currently a Professor of Finance & Economics at the University of Piraeus, coupled the presentation of the publication with an overview of its findings on the Cyprus economy.

The key points of the Quarterly Economic Monitor were the following:

• In March 2016, Cyprus became the third EMU country under surveillance to exit its Economic Adjustment Program, two months before the official expiration date, with no need to withdraw the full €10 billion available credit.

• Cyprus’ success in exiting the Program was driven by the high level of ownership of the program, a timely delivery of the Program conditionality and a prudent policy of fiscal mix, which preserved the country’s comparative advantages.

• A new parliament after the May elections does not alter the main characteristics of the government.

• For the economy to continue its upward momentum, reforms ought to continue hand in hand with growth preserving macroeconomic policies.

• The main risks ahead are concentrated in the financial sector and the ability to quickly reduce the high NPL ratio. A British exit from the EU could also generate a period of uncertainty.

Referring to the recent Brexit developments, Hardouvelis said that Cyprus’ exposure to the UK is limited, with a trade surplus of 2.6%. Cyprus can even take advantage of the Brexit, said Hardouvelis, by attracting companies that wish to continue operating in EU companies within a familiar UK legal framework.

Hardouvelis stressed that the trajectory of the Cyprus economy exceeded analysts’ expectations, recovering relatively quickly. He added that, contrary to Greece, Cyprus turned the MoU into an opportunity for restructuring the economy and reigning in wasteful government spending.

Confidence in Cyprus was restored in foreign markets, said Hardouvelis, adding that the confidence of Cypriot investors is reflected in the industrial production index. Tourism is on an upswing with arrivals in the first five months of 2016 up by 21.9%, and tourism revenue up by 18.7%

He added that, in his estimation, the government is unlikely to impose any additional harsh economic measures, since its intervention to stabilise the economy was timely.

In his presentation, Hardouvalis noted the potential risks to a continuing economic recovery of Cyprus. These had to do with the high ratio of NPLs, along with possible future reform fatigue and fiscal loosening. He also pointed to a series of external risks, such as the Brexit, the Russian-Ukrainian crisis, and the refugee crisis.

However, Hardouvalis also pointed out potential upside windfalls that might occur, such as the discovery of additional natural gas, a solution to the Cyprus problem, or a new growth model of a more stable fiscal environment. There is also the distinct possibility that the Brexit may turn into an opportunity for Cyprus, something which is likely according to Hardouvalis. Finally, there is the possibility that a virtuous cycle develops between economic growth and financial sector stability.