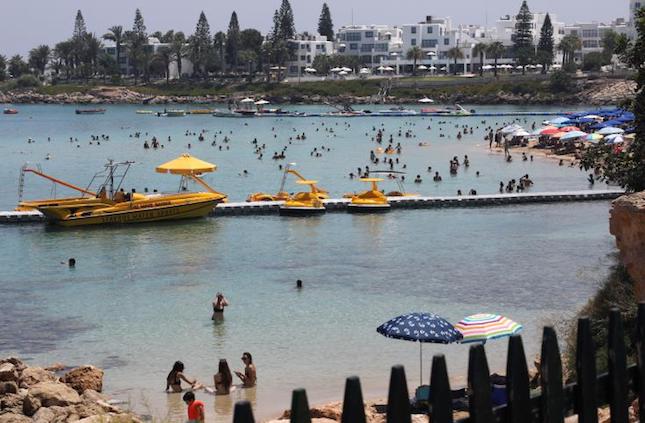 An action plan for replacing the lost tourism from the Russian and Ukrainian markets is being prepared according to the Minister of Transportation, Communications and Works Yiannis Karoussos, on Friday. The plan focuses on approaching European and Middle-East markets to make up for the loss in tourist arrivals this year.

Karoussos, who was replying to a journalist’s question following a meeting he had with EIB Vice President Lilyana Pavlova at the Ministry, noted that tourists from Russia and Ukraine account for over 25% of tourist arrivals.

“This year we were counting on having a year with numbers similar to 2019, since the calculations of related businesses had shown that we would have approximately 90% of the tourism of 2019. We would have been very close, if it wasn’t for the war,” he said, adding that 2019 was a record year for Cyprus tourism.

“We now know, that whatever happens, the Russian and Ukrainian markets are lost for this year,” he noted, adding that the Ministry is preparing a plan to promote Cyprus tourism to markets that will be able to replace part of that loss.

Karoussos referred to the new destinations of Cypriot airline TUS, which he described as “a result of good and methodological work done in the last few years.”

He also noted that there is a serious interest from airlines, as well as from cruise ships.

“There is an interest expressed by the largest cruise ships of the world, to use Limassol port as a base”, he said, emphasising the significant revenue that comes of this sector, since, he said, a cruise ship can leave at least €1 million a day to the economy.