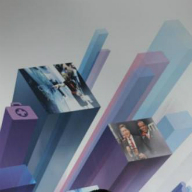 Rakuten, Inc., a Japanese e-commerce giant announces that it has acquired Viber Media, a Cyprus-registered popular messaging and VoIP startup, for US$900 million.

The news may come as a surprise as Viber had been busy expanding its service reach to the desktop (including Windows 8), bringing its Windows Phone 8 version closer to parity with Android and iOS, as well as launching Viber Out, a service to call external phone numbers. Viber has seen a tremendous growth having 300 million users in 193 countries today. That is a 120% increase from 2013. However, the company has yet to be profitable with a recorded net loss of US$29.5 million on its US$1.5 million revenue last year. If the acquisition goes smoothly, we could potentially see Rakuten pushing the service to an even wider reach.

Viber was founded by four Israeli partners: Talman Marco, Igor Megzinik, Sani Maroli, and Ofer Smocha. Marco serves at the current CEO. While the company is run from Israel, much of the development is outsourced to Belarus for lower labor costs.

Rakuten Group is based in Tokyo with and ever expanding employees — currently at over 10,000 staffs and partners worldwide. Founded in 1997, it has a more than 40 services covering e-commerce, e-book, banking, portal and media, among other things. It has acquired Kobo for US$315 million back in 2012, with the latest purchase of Viki’s video service last September for US$200 million.