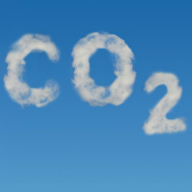 Cyprus was among three countries that recorded the largest decrease in CO2 emissions from energy use in the EU.

Carbon dioxide (CO2) emissions from fossil fuel combustion was cut down by 2.5% in the European Union (EU) in 2013 compared with the previous year, early estimates from the EU statistical office, Eurostat said.

The figures confirmed a continued downward trend after a fall of 1.6% in 2012.

According to the statistics, CO2 emissions fell in 22 EU member states in 2013, except Denmark, Estonia, Portugal, Germany, France and Poland. The largest decreases were recorded in Cyprus, Romania and Spain.

Germany, with 760 million tons of CO2 emissions, ranks the highest, followed by Britain and France.

CO2 emissions are a major contributor to global warming and account for around 80% of all EU greenhouse gas emissions. They are influenced by factors such as climate conditions, economic growth, size of the population, transport and industrial activities.