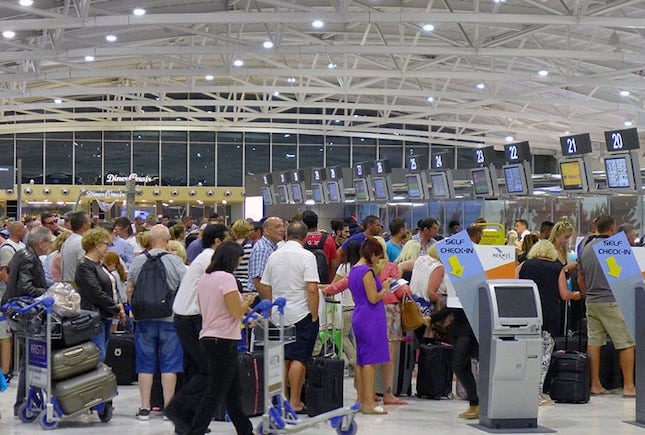 After reviewing epidemiological data, Cyprus has relegated Israel from the Category A list of countries allowed entry and promoted Switzerland, Czech Republic as low-risk COVID-19 nations.

Cyprus has reassessed coronavirus statistics to update the countries from which tourists are allowed entry with or without a health certificate after June 19.

From an initial 19 countries allowed in from Tuesday, this figure has risen to 21 with Latvia and Luxembourg not in any category before are now in Category A.

Visitors from Category A countries will not need proof they are COVID-19 negative from June 20, other categories will.

The number of low-risk Category A countries has increased from 13 to 18 and Category B reduced from six to three countries.

The surveillance unit advising the government on the coronavirus crisis has reassessed the epidemiological risk of various countries in an effort to safely reopen the country’s airports knocking Israel down to the second category while upgrading six others.

If the outlook does not change, visitors coming from Israel after the 19 June will still need to carry a health certificate indicating that they are coronavirus free.

Israel is the island’s third-largest tourist market – after the UK and Russia – with a 7.4% share.

Having to undergo a coronavirus test 72 hours before boarding a flight to Cyprus may act as a turnoff for tourists thinking of spending their holidays on the island.

It may also have an effect on demand for flights to Cyprus and consequently the connectivity with the neighbouring country.

Switzerland, the Czech Republic, Croatia and Estonia made the leap from the second category to the first.

Category B countries with increased risk are Israel, Poland and Romania.

The Health Ministry did not elaborate on the purpose of Category C but most likely it is for repatriations flights.

Russia, the island’s second-largest market is not included in any category.

The three lists are based on epidemiological indicators of the countries such as their actual reproduction number (Rt) for Sars-CoV-2, the number of new diagnoses, tests, the mortality rate per 100,000 inhabitants, the estimated level of the virus prevalence and the impact and classification by the World Health Organisation (WHO).

In comments to the Financial Mirror, professor of microbiology and molecular virology at the University of Nicosia Dr Peter Karayiannis and member of the advisory team, said people travelling from countries included in the third category will be allowed entry on the condition that they carry a health certificate and will have to self-isolate for 14 days.

He said the team of epidemiologists are keeping a close eye on the country categories, reevaluating them every week.

“While concerns about the epidemiological data from Israel have led us to take the decision to move the country to the second category, other countries have been moved to the first category as they seem to be getting a grip on the spread of the virus,” said Karayiannis.

Commenting on an increase of cases in Greece, Karayiannis noted that at present epidemiologists do not see the need to move the country to a higher risk category.

“The increase of infections is recorded in isolated areas such as Xanthi and Kavala and not big city centres”.

Asked, whether Cyprus should be wary of “importing” the virus triggering a second wave, Karayiannis said that no one can predict when and if that will happen.

He said the epicentre of the virus is in the southern hemisphere, which is where the virus is more likely to return.

“The important thing is that we are more prepared to buffer the second wave of infections, as the health system is better prepared, and people are aware of how to protect themselves.”