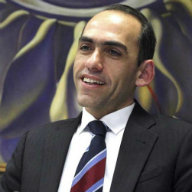 Cyprus return to normal borrowing in 2015

Cyprus hopes to borrow on financial markets this year, the Finance Minister told Reuters recently, saying the island’s economy had more in common with bailout turnaround Ireland than Greece.

Harris Georgiades said Ireland, which reformed after near bankruptcy, was a role model as Cyprus climbs out of recession and prepares to borrow on markets ahead of the end of its reform-for-aid programme in the middle of next year.

“I’m … referring to the Irish example as the one that we should follow,” he said.

“I think that it is impressive that Ireland has been in very deep difficulty … but have effectively implementeda programme of reform … and is now the fastest growing economy in the euro zone.”

Seeking to distance himself from Greece, where leftist party Syriza has taken power to confront the euro zone over the terms of the country’s bailout, Georgiades said: “There are cultural and national ties but that’s it.”

“There was a strong link between the two economies through our banking sector,” he said. “That was terminated two years ago.”

Cyprus needed a €10 billion bailout from the euro zone and others in 2013. The aid pulled the island from the brink of bankruptcy, following heavy losses at its banks after a Greek debt restructuring.

But the experience angered many Cypriots, who were forced to shoulder some of the cost of propping up banks, a burden many on the island resent.

On Thursday, the European Central Bank’s decision-making Governing Council gathered in Nicosia for the second day to flesh out terms of its new quantitative easing programme, under which it will print money to buy mostly government bonds.

The scheme is not yet open to Cyprus as it has failed to implement a new insolvency lawthat would make it easier to repossess properties, which under the current system can take up to 20 years. Georgiades said the law would be finalised within weeks, allowing Cyprus’s bonds to be purchased.

At a meeting on the Mediterranean island, Cypriot president Nicos Anastasiades earlier made the case to ECB chief Mario Draghi for its debt to be included in the ECB’s quantitative easing scheme, a person familiar with the talks told Reuters.

Georgiades said that Nicosia hoped to sell one or two new bonds this year, and predicted modest economic growth.

He also said he may not need close to €2 billion of bailout cash that was earmarked for recapitalising banks and other spending. That money, he said, could be used to repay debts instead.

“It’s pretty clear that we should not be requiring additional funds, for instance, for the recapitalisation of our banks.”

“We have already consolidated our public finances,” Georgiades said, calling for a discussion about changing the use of “at least some of those funds” for “repaying existing debt”.