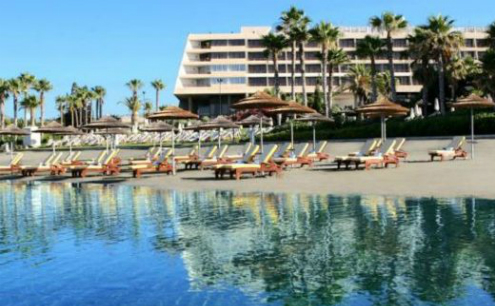 New legislation regulating hotel operations puts focus on the quality of services rather than building criteria such as the size of a hotel and its facilities.

The new regulation framework voted in by MPs is to see hotels earn their ratings and stars according to how they perform against a points system with obligatory and optional criteria.

Pleased over the development, the Cyprus Hotel Association feels that the hotel regulation framework needed a revamp as the last one was drawn up some 40 years ago. The association stressed that the old framework was an obstacle to hotels trying to improve their product offered to tourists.

Talking to the Financial Mirror, association chairman Haris Loizides, said that the focus for rating and classifying a hotel will no longer be done on rigid criteria such as the size of the establishment, but on services offered.

“The previous framework focused on how big a hotel was and what equipment its rooms should have, rather than the quality of its services. With the focus now switching to quality, hoteliers will be looking to upgrade their services, thus improving the country’s tourism product,” said Loizides.

He added that a number of hoteliers have been waiting for this development, as they have invested in upgrading their hotels and services.

“This new structure will also give smaller hotels with no rating the chance to get one, while larger hotels will have the opportunity by upgrading their services, rather than expanding their hotel, to get a higher star rating,” said Loizides.

Smaller hotels could gain points for their reception and other optional services they may wish to add for their clientele.

Keeping the focus on quality, the framework is also to introduce the “mystery shopper” concept to the hotel industry.

Authorised institutions will send out undercover ‘mystery shoppers’ to rate the hotels’ facilities and services.

Loizides said that the ‘mystery shopper’ scenario will keep hoteliers on their toes as they will have to maintain quality throughout the year.

If a ‘mystery shopper’ finds a hotel not up to standards, then that could lead to a downgrade. In such cases, however, hoteliers will be given the opportunity to make amends and prevent any penalty.

According to the new law, every hotel will need to employ staff according to their clientele’s needs, but 75% of all hotel staff should have a good command of the Greek language, while 30-50% of employees will have to be graduates of a tourism college and know a foreign language.

Meanwhile, one of the criteria for new hotels to acquire licensing will be to have rooms with facilities for people with disabilities.

Also satisfied with the new rules is the Ministry of Interior which had been working on the legislation since May 2015.

Welcoming the house’s approval of the legislation, Interior Minister Constantinos Petrides, echoed Loizides in saying that the focus will be on the quality of services rather than how big a hotel is in actual size.

“We will now be paying attention to the quality of the services we offer rather than implementing standardized criteria on how big a hotel should be. We were building "big boxes" and then wondering why we were cultivating an all-inclusive oriented culture, despite the efforts of the sector to diversify its products,” said Petrides.

“That is why after three years of hard work, I am pleased to see that this effort has progressed because if we want to pay due attention to such an important area as tourism then these are the things that need to be done,” he added.

We have all been saying for years that we want a diversified tourist product. However, Cyprus has not allowed the operation of boutique-hotels, city-hotels or suite-hotels. Legislation on tourist accommodation was a mess, said the minister.

Petrides explained that there were 15 specific categorizations which were outdated without any proper quality control institution.

He said that hotels were ranked, until recently, based on their location, on how large the rooms were and if it had facilities to host business meetings and weddings.

“All five-star hotels had to have a tennis court. However, there are hotel owners who do not want a tennis court. Another example is that by law they should also have a large restaurant. Others may want to have 4 smaller themed ones, like Chinese or a Greek restaurant.

That was forbidden until now. It was an obligation to have a bidet, but hoteliers may want to install a modern bathtub.”

Explaining how exactly the point system will work, Petrides said that there are 24 obligatory criteria, applicable to all kinds of hotels, and 114 optional criteria. Regarding optional criteria, the minister said that hotels will be collecting points for things like a jacuzzi, or if rooms exceed a certain size.

“More points will be given if hotels have a fireplace, an espresso machine, or if the hotel implements some optional environmental criteria. The same goes for services,” said Petrides.

On another note, Petrides said that the framework was designed to do away with unnecessary delays caused by red tape procedures, which in some cases were overlapping one another.

“We initially wanted to bring order to procedures, delays and overlaps, which I believe we have accomplished.”

Predecessor to the Deputy Ministry of Tourism, the Cyprus Tourism Organisation (CTO), also functioned as an informal Urban Planning Authority, as the body had to approve architectural plans of hotels.

“A procedure which is outdated and caused a number of problems. We now have foreign investors from abroad, and we need to simplify and reduce bureaucracy,” said Petrides.