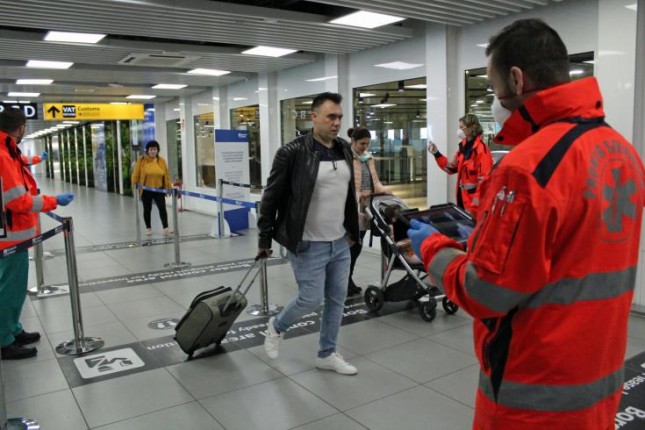 An increase in Covid-19 cases was expected following the opening of the airports, Health Minister Constantinos Ioannou said on Sunday, adding that the number of tests have doubled after a cabinet decision last week, in an effort to identify as many positive cases as possible.

Asked by reporters whether the government is considering changing its policy, Ioannou said that Cyprus is on right track. He urged people once again to follow all protective measures and protocols to limit the spread of the disease.

The minister added that no final decision has been made regarding the checkpoints, adding that the problem is mainly with asylum seekers who arrive to the occupied areas and then pass to the Republic via the buffer zone. He said that all those who are transferred to reception camps in the Republic are tested for Covid-19 before admission.

Asked about the validity of various tests done in foreign countries, the minister said that this raises some concerns and for this reason the government has asked for tests done at verified labs.

In another question about the increased cases in Greece and the fact that the authorities have decided that face masks are compulsory in all supermarkets, Ioannou said that in Cyprus this measure is still in place.

He added that in Cyprus we continue to be strict as regards the gatherings in public, the festivals and the use of masks in supermarkets and restaurants.

Replying to a question if more relaxations in measures should be expected Ioannou said that the authorities evaluate the situation having as priority the public health.