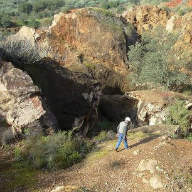 The subscription price was satisfied: (i) as to Cdn.$722,940.45, by Zoneplan tendering for cancellation three outstanding promissory notes having an aggregate principal balance of US$650,000, together with all accrued but unpaid interest earned thereon, in full and final settlement of the obligations of Rio Novo under the promissory notes; and (ii) as to the balance, by a cash payment to Rio Novo in the amount of Cdn.$215,809.50.

After giving effect to the private placement, Cyprus River owns or has control or direction over an aggregate of 80,362,800 ordinary shares of Rio Novo, representing approximately 58.36% of Rio Novo's issued and outstanding ordinary shares.

Further information regarding the offering may be found in the press release issued by Rio Novo on July 3, 2014, a copy of which may be viewed on Rio Novo's SEDAR profile at www.sedar.com

The ordinary shares were acquired for investment purposes and Cyprus River may in the future increase or decrease its investment in Rio Novo depending on market conditions and other relevant factors.