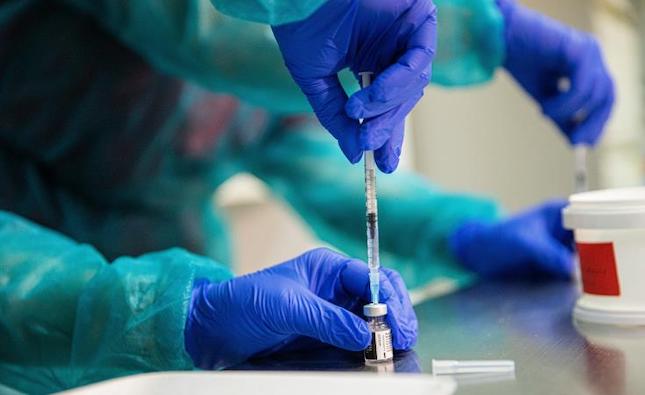 Cyprus rolls out vaccine for monkeypox

The committee recommended the vaccine be available for targeted use in specific high-risk groups, such as healthcare professionals called upon to manage possible suspected or confirmed cases and close contacts of a confirmed case after exposure.

The Health Ministry said no monkeypox cases had been recorded in Cyprus, and the virus has low transmissibility.

It was approved by the European Medicine Association (EMA) in 2013 and is also effective against monkeypox.

The vaccine is a two-dose regimen, and its efficacy currently stands at 85%.

People who have come in contact with a known case of monkeypox are recommended to get jabbed four days after exposure, the Health Ministry said.

Lymph nodes may swell up, accompanied by a rash that forms blisters and crusts, most frequently in the mouth, on the face, hands and feet, genitals, and eyes.

Known cases must self-isolate at home for two to four weeks. Patients will be released once the rash heals and upon evaluation by their general practitioner.

Confirmed cases will be instructed to avoid contact with animals and people belonging to vulnerable groups.

Monkeypox can be transmitted from animals to humans through contact with an infected animal’s blood, bodily fluids, or skin wounds.

Humans can get infected by consuming meat of infected animals which has not been cooked appropriately.

As the ministry noted, human to human transmission is not common but can happen through close contact.

People may get infected through airborne droplets, usually by prolonged face-to-face contact.

The virus can be transmitted through sexual contact and sharing clothes with an infected person.

Countries should take quick steps to contain the spread of monkeypox and share data about their vaccine stockpiles; the World Health Organisation said last week.

Monkeypox is a usually mild viral infection that is endemic in parts of the west and central Africa.

Until this outbreak, it was rarely seen in other parts of the world, so the recent emergence of cases in Europe, the United States and other areas has raised alarms.

So far, there are about 300 confirmed or suspected cases in around 20 countries where the virus was not previously circulating.