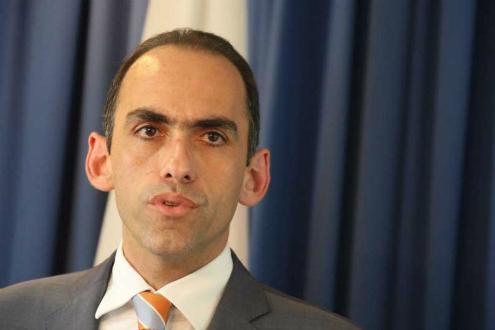 He underlined the government’s decisiveness to take all of the necessary measures and reforms in the areas of infrastructure, strategies, incentives, laws and regulations. The finance minister added that for an economy to be recognised as an international business centre it needed to be on a constant path of reforms and innovative changes. Georgiades said the recession and the damage done to the island’s reputation required efforts to be multiplied. This was a clear commitment of the president, he said.

The government’s goal was to create a new relationship between the private and public sectors which would require reforms to overcome bureaucracy and create transparency. This meant public finances needed to be improved to maintain Cyprus’ attractive tax regime. Improving public finances was vital for Cyprus to regain credibility in international markets and to create an attractive environment for business and investment, said Georgiades.

Speaking about the banking sector, he said a number of mistakes were made in the past and a lack of supervision combined with some bad decisions had led to the banking crisis. “We need to learn from our mistakes so we do not repeat them. We are looking ahead as restructuring and recapitalisation is underway which should be completed without delay,” he said. Georgiades said Russian businesses had played a decisive role in developing Cyprus’ economy, which had also benefitted Russia. “This conference proves that Cyprus and Russia have a great relationship and prove all of the aspects which make Cyprus an exceptional business centre,” he added.

Russian ambassador to Cyprus Stanislav Osadchiy, who also spoke at the conference, said he was convinced that Russian capital would remain in Cyprus. Following contacts he has had with business circles in Moscow, he believes Russian businessmen want to stay and help Cyprus and its economy. “During these difficult times we need to find ways to get out of this terrible situation that Cyprus and Russians are in,” he said. “We need to gather opinions together to find a way out. It is important for Cyprus to regain investors’ trust, many of whom are Russian,” added.

Cyprus’ Chamber of Commerce and Industry KEVE believes that Russian businesses have a future on the island and that following the events in March, the country was slowly regaining its credibility, and the banking sector was stabilising. General secretary Marios Tsiakkis said he believed Russian activity on the island depended on the services provided. “I assure you that all the organisations, private and public, will continue to make efforts to work intensively to prove Cyprus is the perfect place for investments,” he said.

Head of the Russian-Cypriot business association Evgenios Evgeniou said that Cyprus was regaining its credibility and that hard work, dedication and discipline needed to continue.