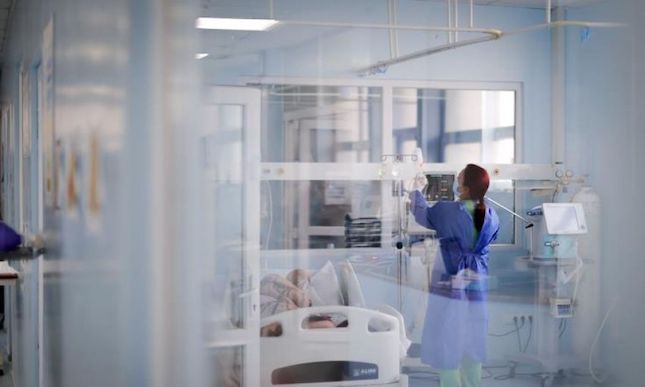 Cypriot scientists say an additional shot against the coronavirus could improve immunity for vaccinated people as well as fight against new variants, with the EU preparing to order booster vaccines despite warnings from the bloc’s drug regulator against making "premature" moves.

According to Cyprus’ State Health Services Organization, the island’s behemoth healthcare provider, hospitalizations of senior citizens infected with the coronavirus recently had gone down, with the low numbers being attributed to the elderly having priority in getting a vaccine against Covid-19 back in January.

But recent COVID deaths of vaccinated patients included three elderly patients who had been fully vaccinated, prompting the government to stop reporting vaccination history, saying the information was creating confusion and citing privacy issues as well as medical complexities in each deadly case.

According to local media, professor Christos Petrou who advises the health ministry on coronavirus vaccinations, said a third dose was necessary for two reasons.

“The first one as a booster shot when levels of immunity protection through vaccines would naturally start to drop, and the second is to have new generation jabs that can be effective against mutations,” Petrou said.

"We need to look into real-world evidence to get data we need [in order] to know when would be the right time to give a third dose," Cavaleri said.

In Nicosia, members of the government’s pandemic advisory committee remain certain about a third dose, citing references by pharmaceutical companies as well as consensus within the broader scientific community.

The head of the advisory committee, Constantinos Tsioutis, referred to recent studies that pharmaceutical companies cited recently, saying "a third dose should probably be considered a sure thing by now.”

British media said vaccinated people aged over 50 in the United Kingdom will be offered a third Covid-19 vaccination jab later this year, sometime in the fall, in an attempt to eradicate the threat from the infection entirely by Christmas.

But questions remain over mutated bugs including what is known in the media as Indian variant, thought to be more transmissible and resistant to current vaccines.

Covid mutant B.1.617 has been taking a heavy toll on India, with European Union officials on Wednesday urging member states to temporarily halt non-essential travel from that country.

New Delhi health officials have cautioned against describing B.1.617 as an “Indian variant,” citing statements from the World Health Organization that it would be inaccurate and unscientific.

“It is not just scientifically incorrect but also unfair to associate the virus with India in specific because we are just the first one to detect it through genome sequencing and alerted the global community about our findings. Based on our report, many other countries also detected prevalence of the variant,” an official said.