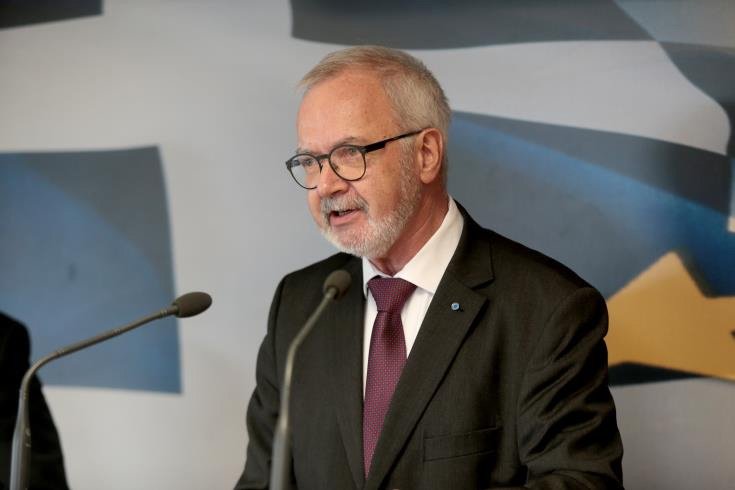 A series of projects the government intends to launch, and for which it is seeking support from the European Investment Bank (EIB), were discussed on Monday in Nicosia between President Nicos Anastasiades and the bank’s president Werner Hoyer.

The projects for which Cyprus is seeking funding include the LNG terminal at Vassiliko, research and innovation projects, investment to cope with climate change and social housing projects, the government said.

Hoyer said he was certain that the “very close cooperation” between Cyrus and the EIB could be further enhanced and strengthened.

Speaking after the meeting, he said he and Anastasiades discussed how the EIB was helping Cypriot businesses to grow and improve their key services.

“2019 has been a particularly good year for our activities here,” he said, adding that last year, the EIB provided €230 million for investment in Cyprus, or 1.04% of GDP. “Nowhere in the EU is this ratio higher than here in Cyprus.”

Hoyer also said that last year, the EIB has adopted a new energy lending policy. He said renewables and the energy efficiency sector was now playing a more important role when it came to the bank’s lending practices in Cyprus.

Asked how the bank’s activities were impacted following a European Council decision for measures against Turkey over Ankara’s drilling activities in the Eastern Mediterranean, Hoyer said lending to Turkey was considerably reduced to almost €120 million in 2019, from €2 billion the previous year.

“We have listened to the European Council,” he said. EU leaders had encouraged the EIB to stay in dialogue with the Turkish side. “However our response has been quite clear.”

Speaking after the meeting, at the presidential palace, deputy government spokesman Panayiotis Sentonas said that Cyprus and the EIB have been cooperating for the last 39 years. The value of loans so far was estimated at €4 billion. Around €1.7 billion of that figure, or 43%, relates to loans since 2013.

Hoyer also visited the English School in Nicosia on Monday. The EIB supports financially investment in 213 schools around the island.