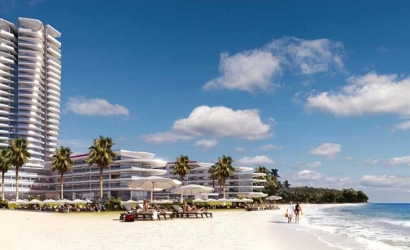 With tourist arrivals and bookings this summer down on 2018, tourism stakeholders are looking to revamp Cyprus as a travel destination by plugging it into other regional holiday hotspots.

A dip in arrivals is expected to be between 5-10% for the year with indications 2020 will be an even tougher year for Cyprus tourism, prompting the Deputy Ministry of Tourism to revamp the island’s product.

Talking before the House Commerce Committee Deputy Minister of Tourism Savvas Perdios said that data so far indicates that next year will be an even more difficult year for the tourism sector, especially due to developments in relation to the British and Russian markets.

On the British market, he noted that Brexit's time shift already seems to be affecting reservations, while the Russian market is expected to be influenced by the increasingly closer business cooperation between Russia and Turkey over the past two years. He noted that a number of Russian tourist agencies were acquired by Turkish businessmen.

That is why the deputy ministry is already trying to improve connectivity with new markets while attempting to rebrand the Cypriot tourist product by promoting it in ways beyond the traditional forms.

In efforts to rebrand Cyprus tourism, the Deputy Ministry is seeking cooperation with neighbouring countries to create theme-based tour packages which will promote the island’s culture, history, while increasing tourist arrivals.

The Deputy Ministry of Tourism is working on a deal to put together joint tourism packages with neighbouring countries such as Lebanon, Jordan, Greece, Egypt and Israel.

“The idea is that travellers will have the opportunity to enjoy more than one country during the same holiday trip,” said an informed source.

Perdios has already held talks with stakeholders and authorities in Lebanon and Jordan and is to visit other neighbouring countries over the coming months.

His proposals include offering tourists a package which will include sightseeing and events that showcase the cultures of the countries in the Eastern Mediterranean.

A source told the Financial Mirror, these packages will offer tourists the opportunity to travel to more than one country in the region offering them a tour through the region’s rich history and culture.

“This is a win-win situation for all parties involved. We are looking to score deals with countries that have flight connections with distant destinations such as China. Our partners will be able to benefit from connections we have with countries which are not on their flight schedule,” the source said.

The source added that a key to the success of the whole endeavour is the reinstating of the ferry link between Greece and Cyprus which was terminated in 2000.

Perdios also believes that the link is important to bring more tourists from Greece.

Deputy Minister of Shipping Natasa Pilides told parliament this week that the passenger ferry link with Greece could connect with other markets such as Egypt, Israel and Lebanon, in order to allow the development of joint tourism packages with these neighbouring countries.

Perdios said that he is working on identifying certain themes for the promotion of joint packages and is waiting for a response from these countries.

He confirmed that the Deputy Ministry is eyeing tourists from far away destinations such as the US market by setting up joint tour packages.

Until recently, reinstating a ferry link with Greece seemed close to impossible as initial studies showed that operating such a line would not be financially sustainable.

Studies conducted by an initiative led by DISY MPs Nicos Tornaritis and Anita Demetriou had shown that the ferry link would have operational losses of close to €5 million per year.

The two MPs argue that state or EU funding would be feasible as the bloc is supporting internal ferry connections such as the Marseille-Corsica one and Greece’s ferry connection with remote islands which have a very small number of inhabitants.

“We are the Union’s final frontier to the east, and we are without a sea connection, relying solely on aeroplanes,” Tornaritis told the Financial Mirror.

The campaign, backed by the Cyprus-Greece business association, led President Nicos Anastasiades to give the green light to the Deputy Ministry of Shipping to conduct a feasibility study on the ferry link.

Pilides said the study has been completed with various scenarios looked at for the funding gap with a state funding requested to be forwarded to Brussels for approval.

She hopes the European Commission will approve the link by autumn this year so that the tender and bidding process can begin as soon as possible with the aim to launch the ferry link in the summer of 2020.

She added that the activity will be subsidized by the state with national or EU funds and there will be limits on ticket prices, as the aim is to offer passengers cheaper tickets than airfares.

Tornaritis said 2-3 major shipping companies have already expressed interest in the project and are eager to see procedures get off the ground.

Feeling confident that the ferry link will up and running by next summer, Tornaritis said that ferries will be leaving the Limassol port for Piraeus once a week during the high season from May until September, and once a fortnight during the rest of the year.

Anita Demetriou told the Financial Mirror the ferry route will open gateways for links with other neighbouring countries such as Lebanon, Israel and Egypt.

“If things go well, we might even see a revival of the good old days when tourists had the chance to visit more than one country with ferry boats and cruises sailing between Cyprus and neighbouring countries. With the development of Larnaca port, connections with neighbouring countries will be even more feasible.”