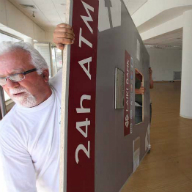 Cyprus sees biggest decline in financial institutions in EU in 2013

Cyprus had the biggest decline in the number of monetary financial institutions (MFI) in the eurozone, says the European Central Bank (ECB).

Since 2011 a substantial decrease in the number of money market funds (an MFI sub-sector) has been recorded in the euro area (-658 over three years), partly on account of their new statistical definition, which has been adjusted towards supervisory standards. In addition, the contraction in this sub-sector continued during 2013, most prominently in Luxembourg (-77) and France (-65).