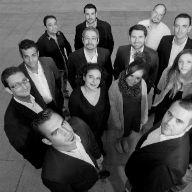 Cyprus ranks among the three countries in Europe that saw the percentage of self-employed people rise by at least 10% in the period between the first quarters of 2013 and 2014.

According to a report by the British Institute for Public Policy Research (IPPR), the number of people working for themselves in Cyprus increased by 12% over the one-year period. In total, the share of workers who were self-employed in March stood at 17%.

Only Slovenia recorded a larger change in the number of self-employed (16%). Cyprus was followed by Bulgaria (10%).

As regards the total share of people in their own business, Cyprus ranked sixth in Europe behind Greece (32%), Italy (23%) and Poland, Romania and FYROM (18%).  The British institute’s report says that the analysis confirms the fact that Southern and Eastern European countries tend to have much larger shares of self-employed workers, in comparison to Western Europe.

Nevertheless, an 8.0% change was recorded in the United Kingdom, where the analysis focused. As the latest unemployment figures confirmed on Wednesday, now almost one in six workers in the UK is self-employed.