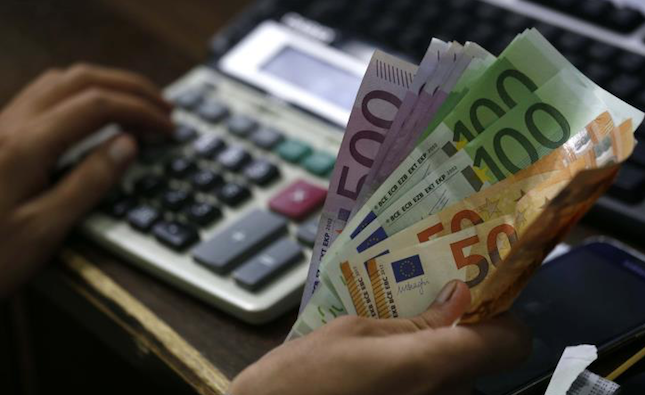 Lawyers, auditors, and accountants have taken a direct hit from the war in Ukraine and sanctions imposed on Russia, estimating revenues have shrunk 15% in the aftermath of the conflict.

The EU toughened sanctions against Russia, including excluding certain Russian banks from SWIFT, a platform for financial institutions to exchange information about global monetary transactions.

Many Russian enterprises, oligarchs and prominent business figures have been sanctioned—862 individuals and 53 entities.

In comments to the Financial Mirror, the chair of the Institute of Certified Public Accountants of Cyprus, Pieris Markou, said: “As a small economy which relies heavily on foreign investment and services, it is vulnerable to international developments whether they are positive or negative”.

He said it was expected that developments would have a significant impact, as the service sector relies on the business of Ukraine and Russia. They are affected by the war and sanctions.

“We must not forget that our economic model is based on attracting foreign investment.

“So, when these companies cannot do business, either in Russia or in Ukraine, the services sector will inevitably be affected.”

He added that some offshore firms are directly affected by banking sanctions, as they have no access to frozen assets or the banking system in Russia.

Other firms dealing with these companies are indirectly affected as sanctions hinder transactions.

Markou said it is not only the financial services sector that is suffering. The industry has one of the highest economic multiplier factors: lawyers, taxi drivers, restaurants, and bars.

The association is calling on authorities to do their bit in keeping foreign investments alive.

“Things could have been worse if the sector had not diversified its portfolio with the introduction of high tech and fintech firms landing on the island in recent years,” said Markou.

This was done through a targeted head-quartering campaign to convince large fintech and high-tech companies to set up shop in Cyprus.

“We need to rethink and redesign incentives given to large firms to relocate their business to the island.

“This could be done through tax incentives and relaxation on work permits.

“The government could also facilitate companies currently operating in Cyprus and have staff in Ukraine or Russia and wish to move part of their personnel to the island.

Markou argued that redesigning incentives to attract foreign investments should include revisiting tax reform and plans to increase the corporate tax from 12.5% to 15% in the context of a global agreement.

“Today is not the time to talk about a corporate tax increase when we are pulling ourselves out of a prolonged crisis, first with the coronavirus pandemic and now the war and the sanctions.”

He said tax reform should consider the sum of taxes imposed on the business world, and plans to introduce environmental taxes will also take a toll.

“We have to take into account which sectors we want to develop in our country, what revenue we have from taxes in these sectors.

“In this context, we will also have to work in incentives to keep attracting foreign investment and keeping the firms that are already on the island.”

President of the bar association, Christos Clerides, told the Financial Mirror the impact of the Russian invasion of Ukraine are visible but are particularly felt in the financial and legal services.

“Both sectors have seen a significant reduction in workload.

“Although not yet quantifiable in the legal services sector, we have certainly seen the implications of the war and sanctions imposed on Russia,” said Clerides.

He pointed out more immediate consequences, such as transactions and the signing of contracts between Russians and Ukrainians, which have been left hanging.

In most commercial transactions, when an operation does not proceed, there is an impact on the income of an office.

Clerides argued there might be implications for various transactions, such as letters of guarantee and bank accounts, affected by sanctions imposed by the European Union.

“There are a number of grey zones regarding the sanctions, and the government should step in to clarify which entities are affected by them, as there is a lot of scope for misinterpretation.”

He said that banking institutions strictly follow sanction guidelines with a broad interpretation of the sanctions “freezing” Russian accounts and financial activities.

“They are naturally afraid of consequences if they get something wrong with the sanctions.

“That is why it is important to have government guidance on how to apply sanctions.”

The IPAC and Bar association sent a letter to Foreign Minister Ioannis Kasoulides and Finance Minister Constantinos Petrides, requesting that a working committee be created to clarify sanction guidelines.