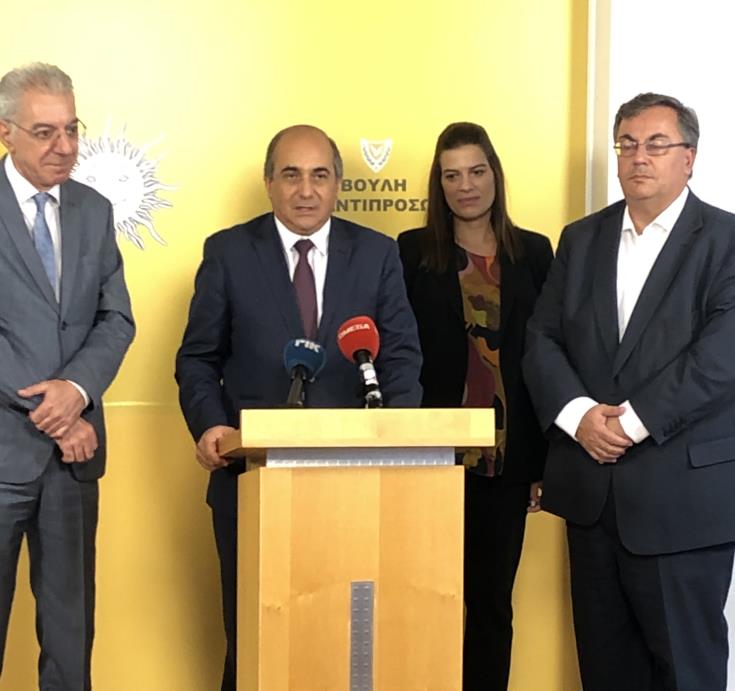 Cyprus to set up agency to promote tertiary education sector

House President Demetris Syllouris met on Tuesday with ministers and academia representatives to discuss the establishment of an agency to promote the tertiary education sector both in Cyprus and abroad.

In statements to the press, Syllouris said the meeting took place after a consultation with President Nicos Anastasiades with a view to promote an initiative with a specific time frame that would lead to the establishment of an agency for the promotion of the Cyprus tertiary training both at home and abroad.

“Today’s meeting has laid the groundwork and we will quickly proceed in order to establish this agency before the end of the year, that would promote the great work achieved by both public and private initiatives,” Syllouris added.

On his part, Prodromos Prodromou, Minister of Education, Culture, Sport and Youth, said the development of university education is an important pillar of President Anastasiades’ administration.

“In recent years, the vision to convert Cyprus as a hub for tertiary education is taking shape,” Prodromou said, adding that a significant number of foreign students, study in Cyprus which could be an interesting and credible regional education centre.

He also added that his ministry will table to the parliament a bill promoting programmes in foreign languages in the state-owned Universities.

Minister of Energy, Commerce and Industry, Natasa Pilides on her part said the tertiary education is one of the fastest growing sectors in Cyprus, adding that there many prospects for attracting students not only from Europe but from the rest of the world.

“Therefore, coordinated action for the promotion of a quality education and attracting students and researchers with special emphasis in innovation and quality education is something that could bring benefits for Cyprus and the House President suggestion could yield positive results,” Pilides added.

Pantelis Sklias, President of the Conference of Rectors of Cypriot universities and Rector of the Neapolis University said the Conference supports the House President’s initiative believing that the completion of the efforts will yield positive results for the Cypriot society as whole.