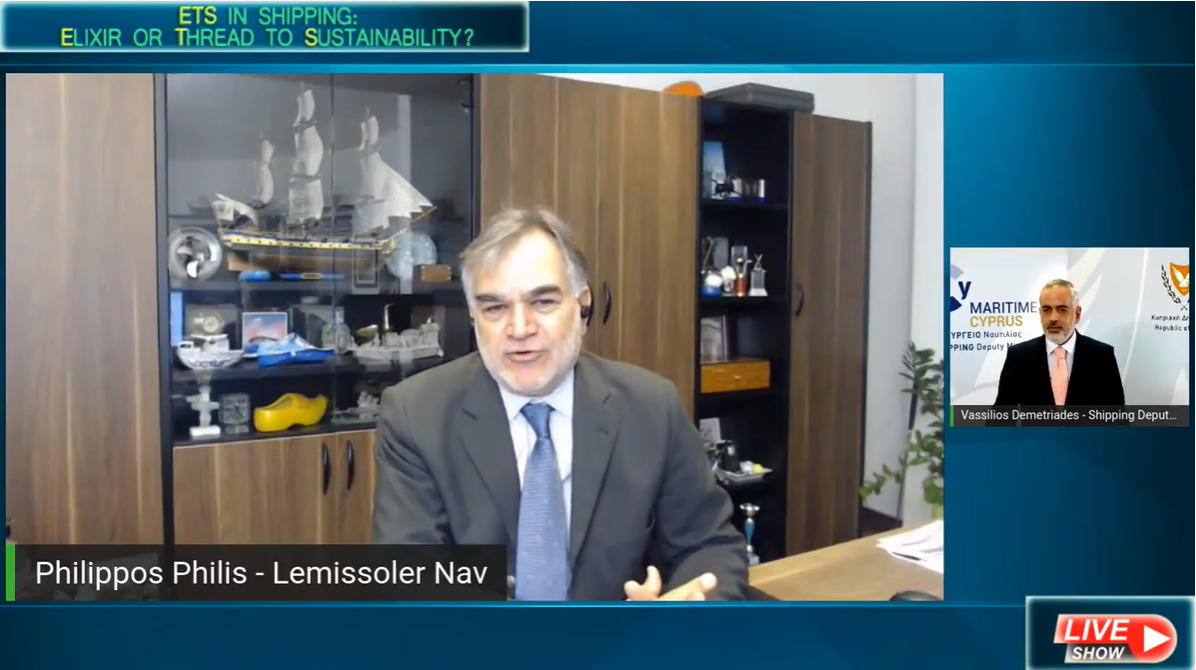 Stakeholders in Cyprus shipping believe the application of the EU’s emissions trading system to maritime transport, soon to be debated in public consultations, would be ineffective, as the industry is already regulated and de-carbonising.

An online panel discussion, hosted by the Deputy Ministry of Shipping, the Environment and Agriculture Ministry and the European Parliament office in Nicosia, concluded that the EU-proposed adaptation to shipping of the ETS platform of greenhouse gas emissions and trading of credits would have more implications than benefits.

In a statement, the Cyprus Shipping Chamber highlighted “the risk of undermining IMO negotiations to implement the Initial IMO Strategy, setting back global efforts made so far to adopt measures for absolute emissions reduction from ships.”

The target is to cut the carbon intensity of international shipping by 40% until 2030, compared to 2008 levels.

The European Commission announced earlier this year an increased climate target for 2030 aiming to extend the EU ETS to the shipping sector, prompting the Cyprus shipping ministry to organise the debate, “ETS in Shipping: Elixir or Threat to Sustainability?”

The discussion was held between regulators, shipowners, and NGOs, with key speakers including CSC President and ECSA (European Shipowners’ Community Associations) Vice-President, Philippos Philis in his capacity as Chairman and CEO of Lemissoler Navigation.

The chamber said conclusions from the online debate was “uncertainty that an EU ETS will be effective in further reducing GHG emissions from ships beyond what the IMO is regulating.

It said the “EU system will certainly lead to carbon leakage,” adding that the IMO is the only body that can effectively regulate and achieve emissions reductions from shipping.

The Chamber also highlighted that “an EU ETS will affect the viability of small and medium-sized enterprises (SMEs) in shipping, which form the backbone of EU shipping, by adding to their administrative and budgetary requirements and forcing cargo back to more polluting transport means ashore.”

It suggested that “any system introduced by the EU must be IMO compatible and scalable in the future,” concluding that the EU should cooperate with the IMO to introduce a global system.