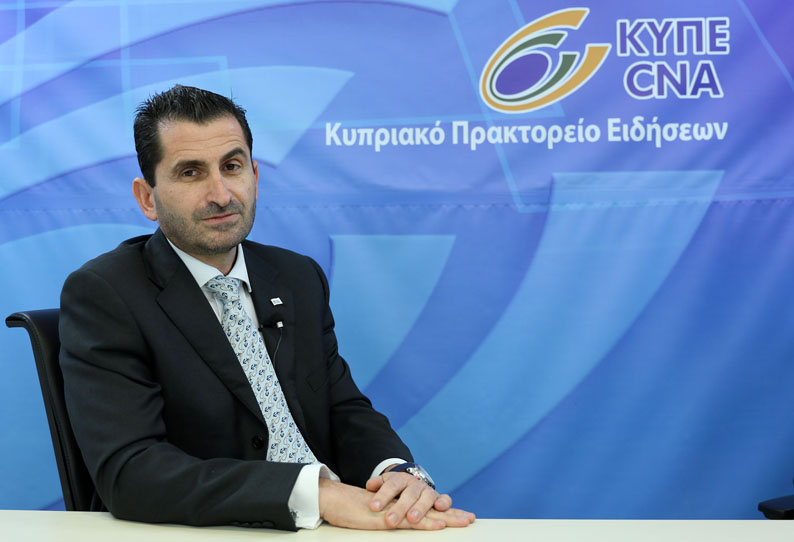 “Cyprus shipping is seeing a slow but steady recovery, and better freight rates,” says Thomas Kazakos, Director General of the Cyprus Shipping Chamber told the Cyprus Mail in an interview.

The Cyprus shipping industry has faced a serious shock at the beginning of the pandemic, Kazakos comments, from which it is only just emerging. “In March and April, the reduction of all business activity in the lockdown caused a sharp contraction for shipping. “The passenger side of shipping suffered a real blow, he adds, and today it is still in crisis.”

“But he first aspects of recovery for shipping began when demand for oil fell drastically, and ships were needed for floating storage. This gave us a much needed stimuls.”

But now the industry is seeing a real increase in demand.

“Containers, for example, which are the king of transport for consumer goods, saw a sharp reduction in activity as the pandemic frightened consumers into slower demand. Now, thanks to the better management of COVID-19 around the world, consumers are returning to a more normal life, that has led to increased consumer goods production and with it the need for transportation,” he explains.

As the economy recovers, so does shipping. “Where there is growth in finance and trade, shipping activity grows along with it,” he adds.

Cargo carriage seems to be following the same pattern, according to Kazakos. “Of course, there is still considerable uncertainty due to the ongoing pandemic, and the risk of a second wave,” he notes.

“And this is important because about 80 per cent of global trade is carried by the international shipping industry. The pandemic brought serious challenges that we are still faced with.”

The crew change crisis is worsening, Kazakos warns. There are still 300,000 seafarers stuck on ships around the world. The psychological toll on the workers is severe.

“Action must be taken. We’ve had conferences, and promises of cooperation, but nothing has really changed.”

Governments need to treat seafarers as key workers, and give them priority in transport and customs clearing. “Although they’ve been named by the International Maritime Organisation and by the EU as key workers, they are still not being treated that way in many instances,” Kazakos complains.

“We risk not being able to maintain transport for goods if measures to protect seafarers are not taken,” Kazakos insists.

Another area in which the shipping industry has locked horns with governments around the world – but not that of Cyprus – is in migrant rescues.

“We are proud to say that the Cyprus shipping industry has always lived up to the responsibility of making rescues, as we are legally obliged to do so. And the Cyprus government has backed us entirely in this process,” Kazakos says.

Other governments have not done so, however, and there have been numerous instances of governments not allowing rescued migrants to be brought ashore.

“When you consider how careful seafarers must be in protecting themselves from the possible infection with COVID-19 from survivors, and how willingly they take on this responsibility, the reaction of these governments is shameful,” Kazakos says. “The shipping organisations around Europe, including our Chamber, are in discussions with government agencies to overcome these obstacles to rescue actions.”