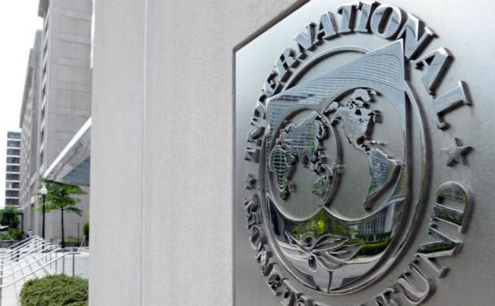 In a news release following its third post-program monitoring visit, the IMF said Cyprus’ rapid recovery was expected to slow gradually but the outlook remained favourable.

“Real GDP is projected to grow at a still-robust 3 to 3.5% in 2019–20, supported by foreign-financed investment and private consumption,” the fund said. “Over the medium term, growth is expected to ease to potential, as the investment boom dissipates and households step up debt servicing.”

The IMF said a window of opportunity for structural reforms was opening “and should be vigorously pursued.”

With the co-operative bank now resolved and the next parliamentary elections scheduled only in 2021, the authorities are pursuing some long-delayed structural reforms, including judiciary and local government reforms, and the introduction of a national health insurance system, the IMF said.

“However, there has been little progress on some important reforms, such as the SOE (state-owned enterprises) law, privatisations, and broader civil service reforms. Reforms of civil procedures and the process to issue title deeds, and introduction of the e-justice system would help resolve crisis legacies and improve access to financing and investment. Further efforts to mitigate AML/CFT risks and strengthen governance of commercial SOEs and the Central Bank of Cyprus will help reduce risks to growth and fiscal risks.”

“The growth outlook could be adversely affected in the event of a disorderly hard Brexit, tightening of foreign financing for investment, or realization of AML/CFT risks.”

While banks have made significant progress in offloading non-performing loans, their successful workout outside of the banking system is still needed in order to reduce the high debt burden in the economy.

The implementation of the foreclosure framework should be complemented by the planned introduction of e-auctions, ongoing reform of the court system and measures to eliminate uncertainties regarding title deeds, the IMF said.

“Strict fiscal discipline should be maintained. A neutral medium-term fiscal stance should be ensured. Spending growth should continue to be firmly maintained at a pace below that of medium-term GDP and cyclical and windfall revenues, including from state-owned AMC, should be saved to help safeguard the firmly downward path of public debt.”

In this regard, it is important to keep the growth of the wage bill, including increases arising from the reversal of crisis-era public wage and pension cuts, below nominal GDP.

Fiscal risks from the introduction of a public health insurance system should be mitigated by reforms aimed at making the public health sector more competitive and managing incentives for providers and patients.