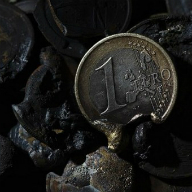 Cyprus slipped into deep deflation in November with the rate of inflation receding to -2.1% on an annual basis, the highest deflation rate for 2013, according to recently released figures by Cyprus' Statistical Service.

Cyprus is showing deflationary pressures for the eighth month since last April with the exemption of June when the inflation stood at 0.08%. The rate of inflation for November 2013 decreased by -2.1% compared to -1.6% in October 2013 and 1.2% in November 2012. For the period January-November 2013, the CPI recorded a decrease of -0.2% compared to the corresponding period of 2012, Cystat said.