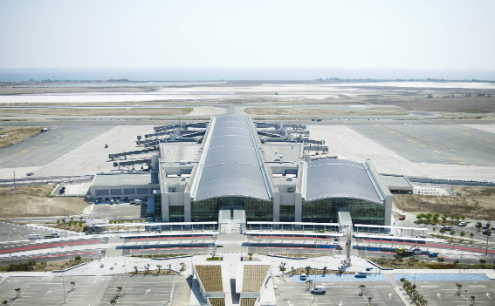 Cyprus has signed bilateral air services agreements with eight countries as part of plans to increase the island’s air connectivity, the transport ministry announced on Wednesday.

According to the ministry, during the ICAO Air Services Negotiations Conference held last week in Aqaba, Jordan, Cyprus signed Memorandums of Understanding with Chile, Jamaica, Colombia, Rwanda, Seychelles, the Bahamas, Korea and Kenya.

Consultations are also underway with Bangladesh for a similar agreement.

“This is the first time in the history of the Republic of Cyprus the signing of so many new bilateral air services agreements was made possible in such a short period of time,” the ministry said in an announcement.

These new agreements, it said, “open prospects for the development of relations and cooperation between the Republic of Cyprus and the abovementioned states as the air transport and air travel framework is modernised code for air services and code-share flights between them.”

Participation in the conference in question, in which 61 states took part, was aimed at further strengthening Cyprus’ relations with other countries in the field of air transport with a view to increasing the country’s connectivity, the ministry said.