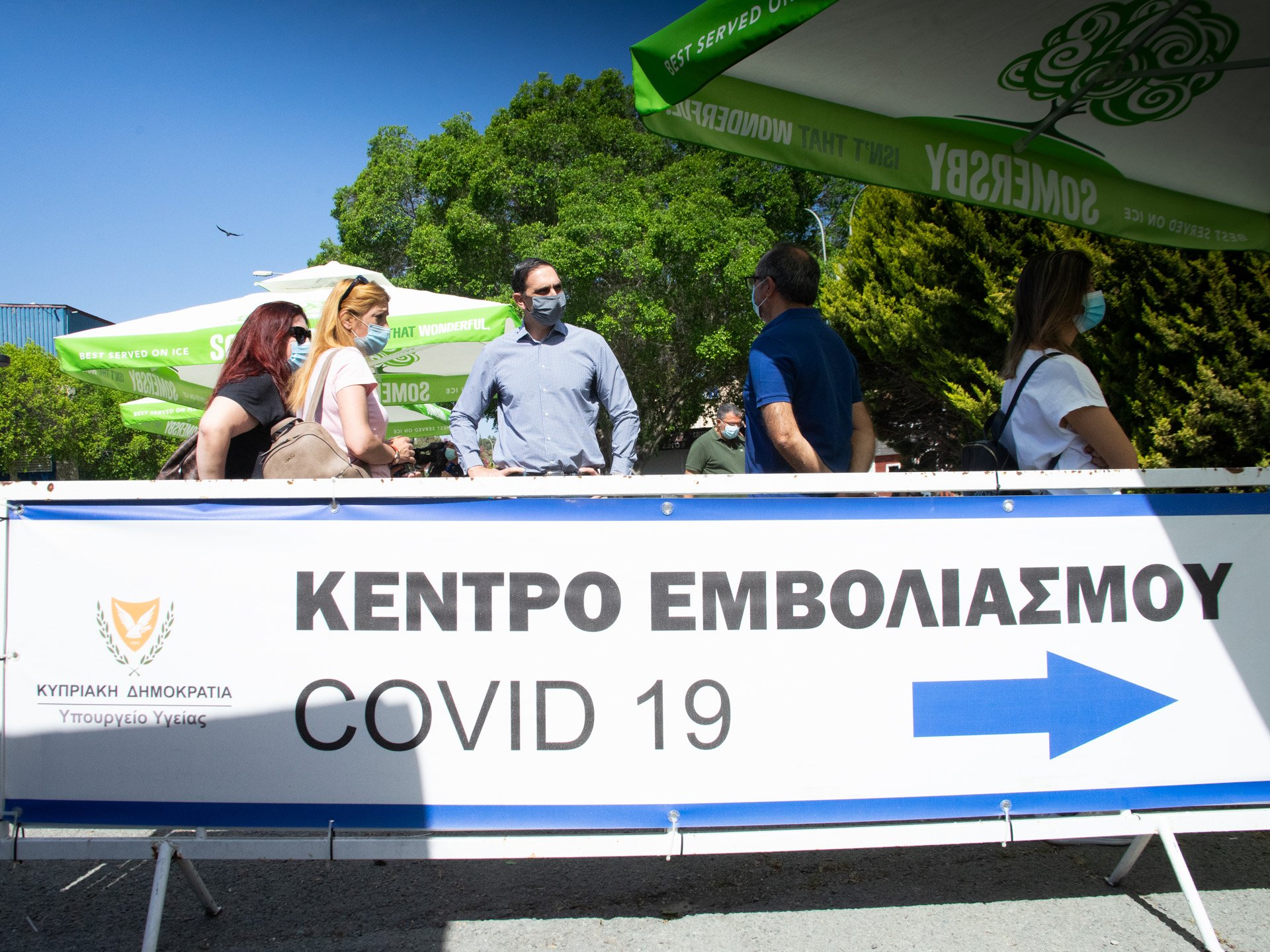 Cyprus ranks sixth among the 27 EU member states in administering the first dose and third for having completed vaccinations against coronavirus, according to data released by the European centre for disease prevention and control (ECDC) on Thursday.

The statistics emerged as a health ministry official said adults will be given a second chance to book a vaccination appointment.

As of June 3, the island had vaccinated 50.3% of the eligible population with one dose of the vaccine putting it in the sixth place in the European Union. Cyprus is preceded by Belgium with 50.7%, Germany with 51.5%, Finland with 55.2%, Hungary with 62.4%. Malta is in first place having vaccinated 65.8% of the adult population with at least one dose. Bulgaria ranked last with 14.1%.

The island ranked third in full vaccinations with 29.4% of the adult population having completed their vaccination. Malta again held first place as 49.7% of people aged 18 and over are fully vaccinated. Second was Hungary with 44.7%, while Bulgaria ranked last with 10.1%.

The official added that the 50,000 AstraZeneca vaccine doses delivered in recent days will be allocated to people who already received the first dose of the specific vaccine.

Health authorities in Cyprus issued a recommendation to people aged 50 and to choose mRNA vaccines, after a 39-year-old woman died with thrombosis about two weeks after her first dose with AstraZeneca jab.

Cyprus has a target to vaccinate at least 65% of the eligible population by the end of June.