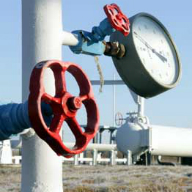 The US ambassador to Cyprus says an agreement to reunify the ethnically split island could ease the supply of newly-found offshore gas to Europe by allowing it to go through Turkey.

John Koenig says that easier access to eastern Mediterranean gas deposits after a peace accord would help diversify Europe's energy sources and feed the needs of energy-hungry Turkey. In an interview with The Associated Press, Koenig said a peace deal could also boost bailed-out Cyprus' ailing economy, years before the Mediterranean island nation starts reaping its potential gas rewards. Turkey doesn't recognize Cyprus as a sovereign country. Cyprus was split into an internationally recognized Greek Cypriot south and a breakaway Turkish Cypriot north in 1974 when Turkey invaded after a coup by supporters of union with Greece.