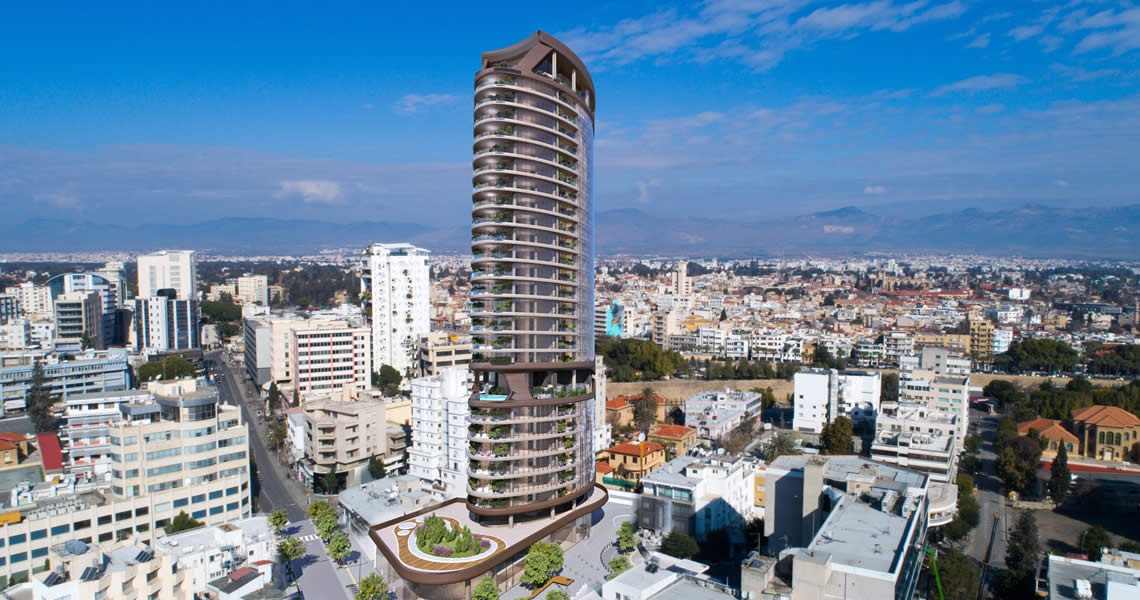 Cyprus' tallest building 360 has sold 50% of its units

Half of the flats of Cyprus’ tallest building, the ‘360’ in Nicosia have been sold as the €80 million project belonging to 101 Development Ltd picks up speed.

Cyfield Group constructing the tower said building work at the 360 is at an advanced stage and that half of the flats have been sold mainly to Cypriot buyers.

Cyfield founder Kyriakos Chrysochos and CEO George Chrysochos revealed during a tour of the building, almost 50% of the apartments were sold to Cypriot buyers.

Also, one of the stores has already been delivered, and as estimated, the first apartments are to be occupied by August. The goal is for the entire building to be delivered by December 2019.

George Chrysochos said, prices are affordable and are comparable to prices of similar types of real estate in the market.

The 360 is equipped with state-of-the-art air conditioning, security and luxury materials, transforming each apartment into a "smart" area where everything can be controlled by the owners' mobile devices.

As the company notes, the 360 is an innovation for Cyprus which in addition to its height, offers a 360 degree view of the capital city, in-house services, security, state-of-the-art technology, swimming pool, gym, spa and concierge services to its occupants.

“The development situated in the centre of Nicosia has already contributed to the revitalization of Makarios Avenue and the surrounding area,” said George Chrysochos.