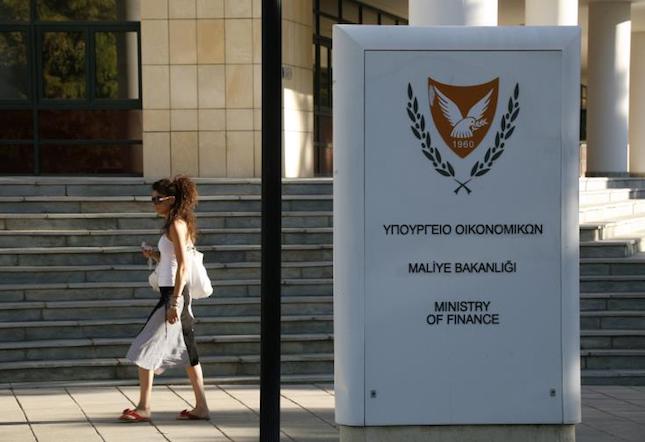 Cyprus hopes to attract direct investment after tweaking a Double Taxation Avoidance treaty with Germany, making it harder for foreign firms to set up shell companies on the island.

Last week Cyprus and Germany signed a protocol amending the Convention for the Avoidance of Double Taxation concerning Taxes on Income and Capital between the two EU countries.

The signed Protocol introduces minimum standards of the Base Erosion and Profit Shifting (BEPS) actions of the Organization for Economic Co-operation and Development, related to bilateral agreements.

As the Multilateral Convention covered the Double Taxation Convention with Germany, the aim was to introduce automatically and expedite BEPS Actions.

“Upgrading and expanding the Double Taxation Conventions network is of high economic and political importance in further strengthen and attract investments by promoting Cyprus as an international business centre,” the Finance Ministry said.

The renewed agreements, under OECD guidelines, dictate that taxation on company profits will take place in the country that products and services are produced, not where the company is domiciled.

In comments to the Financial Mirror, president of the Cyprus Germany Business Association, Stefan Nolte, said: “For companies based in Cyprus, attracted by the favourable tax system, are actually producing or providing services in Germany, will be taxed in Germany”.

He said German companies already in Cyprus, but produce in Germany, would have no reason to remain because they will be paying a higher tax rate.

“Cyprus will need to come up with new ways to attract direct investments from Europe,” said Nolte.

Meanwhile, with the UK’s importance as a trading partner diminishing in the aftermath of Brexit, Cyprus is now looking to other EU countries, focusing on stronger economies like Germany.

Nolte said that Brexit has meant that Cyprus has to search for a new big brother, as the UK with which it has historical, commercial, and other ties is now out of the EU club.

“It would make sense to choose Germany, but strengthening ties would mean a lot of work for Cypriot stakeholders.

“Cyprus is currently mostly known to Germans as a tax haven and an island used by foreigners for money laundering and tax evasion,” said Nolte.

It will have a more challenging time building relations with Germany. Cyprus is a small country with German investors not particularly interested in developing business ties, argued Nolte.

“As an association, we wish that things were different. What Cyprus needs to do if it wishes to strengthen ties with other EU countries is to diversify its portfolio and investment incentives to attract foreign money.”

“A sector where, surprisingly, there is increased collaboration in education.”

Where Germany does have a presence on the island is in the ship management sector employing 3,000 staff.

“These activities have a real impact on the island’s economy, and not just tax income for state coffers,” argued Nolte.

Institute of Certified Public Accountants (ICPAC) president Demetris Vakis said that it should have a real economic impact on Cyprus for a company to benefit from tax incentives.

“Checks and balances in the banking system mean that a company found to be a shell company is no longer eligible to be serviced by the country’s banking system.

“It is essential to attract investments which will not just pass by and leave, but investments that create wealth and benefit society.

“When a company relocates, it does not just relocate its offices, but also its executives. That is what we should be aiming for,” said Vakis.

It would spark movement in the market as these people will be renting houses, cars, spending at restaurants and shops.

“Firms relocating here will not only benefit from incentives the island has to offer, but they will also be able to find skilled labour, quality support services and incentives such as the attractive intellectual property regime, an important parameter for tech and IT companies.”

Vakis said Brexit was a “first-class opportunity to start promoting Cyprus as an alternative EU base for companies headquartered in the UK”.

He argued that apart from campaigning to convince companies to move here, Cyprus should also enhance its reputation as a destination for financial services and investment funds.

“We have already succeeded in recent years to attract International Mutual and Pension Investment Funds to register in Cyprus. Currently, funds registered have a portfolio worth €7.2 million.”

“Although way off Luxembourg’s €10 trillion market, it is still a great steppingstone for Cyprus to build the industry.”

To come anywhere close to that, Cyprus needs to attract some big names to build a reputation in the finance sector.

“The one-stop-shop project needs to be completed to facilitate companies and fund managers relocating to Cyprus.”