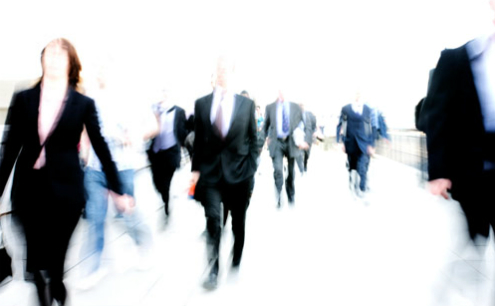 Cyprus: The Service Centre of the Eastern Mediterranean

Cyprus has spent decades building an economy based on the provision of top-quality services and with one of the most highly educated workforces in Europeoffers an attractive location for business.

Although one of the smallest economies in the European Union and having been dealt a severe blow with the terms of its bailout lastyear, Cyprus has proved itself a resilient and dynamic business centre. The country continues to offer one of the most business-friendly, international and cost-effective environments in the EU and with hydrocarbons exploration in its waters gaining momentum and drawing significant foreign investment, Cyprus’ know-how and service base is set to expand further. With over 80% of the economy based on services, Cyprus has a wide range of expertise and experience to cater to the needs of both international businesses and foreign visitors.

The island hosts over 270,000 registered companies from across the world, attracted by its world-class business services and preferential access to high-growth markets, its highly educated and multilingual workforce, advanced telecommunications and close to 50 Double Tax Treaties (DTTs). As a jurisdiction, Cyprus has various unique characteristics. It has one of the most advantageous tax frameworks in the EU and its legal system is based on Common Law. The island is part of the EU, the Eurozone and the Commonwealth and has the advantage of being positioned strategically between three continents – Europe, Africa and Asia.

Its geographical location has shaped Cyprus into what it is today, as for thousands of years it has been a trading nation of both goods and services. Since gaining independence from Britain in 1960, Cyprus focused on laying the groundwork to establish a services-based economy. Its favourable regulatory regime, experienced law firms and professional services providers further strengthened the country’s position as a key corporate location and international companies were quick to identify the opportunities of setting up corporate structures using Cyprus as a launch pad to manage their investments.

The extensive offering of business services continues to be a cornerstone of the Cypriot economy. The island has established itself as a leading provider of corporate structuring, international tax planning and other professional and financial services. The 2014 World Bank’s Doing Business Report ranked Cyprus 39th out of 189 economies and 16th out of the EU28 for ease of doing business. An added convenience is that English is the business language and the internationally-trained service providers – mostly educated in the UK or the US – have created a global outlook in the local industry to best serve their clients worldwide. With an EU and OECD-approved tax system and with one of the lowest corporate tax rates (12.5%) in Europe, Cyprus has become one of the most attractive international business centres in the region.

For companies and individuals requiring an ideal location to structure their investments into Europe, the Middle East and Africa (EMEA), as well as Russia and Eastern Europe, Cyprus offers unique benefits that have already attracted thousands of companies. Key activities include international business structures such as holding and finance companies, shipping companies, trusts and investment funds. The most dominant activities include using Cyprus as a holding and finance company jurisdiction, as these companies enjoy numerous tax benefits under Cypriot law.

With an industry valued at more than €1 trillion globally, the importance of trusts in financial planning is undeniable. Cyprus has one of the most modern and favourable trust regimes in Europe and with an updated legal framework, the Cyprus trust has become an instrument of choice for many wealth advisors. Cyprus also offers a tax-efficient EU Intellectual Property (IP) location and its investment fund sector is poised for growth with the modernisation of its regulatory framework. This sector has the potential to develop into a multi-billion-euro industry, and the island is currently emergingas an interesting EU-regulated jurisdiction for the global asset management industry. Today, the majority of alternative investment funds (ICIS) in Cyprus are of a small- and medium-size and focused on debt and equity securities, real estate and private equity. However, Cyprus has also attracted larger funds including one with assets of €500 million under management. The number of alternative investment funds has doubled in the last four years and foreign UCITS are now widely marketed in Cyprus, including ones promoted by international financial institutions such as JP Morgan, UBS and Julius Baer.

The unprecedented decision of the Eurogroup to impose losses on depositors in 2013 had a serious impact on the confidence in the Cypriot banking sector. Contrary to reports of Cyprus’ entire financial sector being in meltdown, out of over 40 banks only two local banks were forced to restructure. The current overhaul of the sector is creating stronger, smaller and safer institutions and with the lack of liquidity the market is thirsty for funding, providing opportunities for new players to enter into the market. Niche services such as asset management, ship financing and custodian services are expanding areas of interest for investors as well as mergers and acquisitions, private equity and venture capital projects. Also in the wake of Cyprus’ hydrocarbons find, financing services for large infrastructure projects in the oil and gas sector are set to increase.

Cyprus has long been a destination of choice for regional headquarters for international companies. Many multinationals, such as NCR, already use Cyprus as an administration, sales and marketing centre to manage and launch their products or services into regional markets. A good example of this is the strong shipping sector, which contributes approximately €1 billion each year to the economy. For the last 50 years the island has attracted some of the world’s most influential names in shipping, such as Bernhard Schulte Shipmanagement, thanks to its advantageous legislative framework – making Cyprus one of the most influential global hubs for ship owning and ship management services. Today, Cyprus is the largest third party ship management centre in Europe and the largest crew management centre in the world, while the island’s international ship register is the third largest in Europe and the 10th largest in the world.

The success of the shipping sector has also developed clusters and auxiliary services, which is a model that could be successfully replicated for the burgeoning oil and gas sector. Evidence of this is the recent decision by oilfield services giant Halliburton to base its operations in Cyprus to service the entire Eastern Mediterranean region. Cyprus’ business-friendly environment, political stability and strategic location were key reasons for Halliburton to set up on the island. Schlumberger, one of the world's leading suppliers to the oil and gas industry, is also looking to base its regional operations in Cyprus and is currently negotiating with the government.

Companies are attracted to Cyprus for a number of factors, and not all are tax-related. Cyprus has a high-quality of life, excellent infrastructure and a low crime rate. Business service fees are competitive and the quality is internationally recognised. Thanks to its location, Cyprus also enjoys business-friendly time zones, enabling international companies to do business with the East in the morning, Europe throughout the day and with the West in the afternoon.The country has a fully digital national network and a reliable, high-speed connectivity to other economies via satellite and fibre optic submarine cable systems. Its modern road network, extensive port facilities and two international airports, make travel and transport in and beyond Cyprus fast and economical. Convenient air routes to the Middle East and Europe add to its advantages as a basefrom which to conduct business in both regions. The once-booming property market has been struggling, but showed signs of recovery during the first quarter of 2014, partly due to the government’s permanent residency and citizenship-for-investment programmes. Foreign investors have showed great interest in these schemes, which brought in €500 million in revenue in 2013.

Services catering to the international community are not limited to legal and accounting services. Cyprus has also been making a name for itself as an education centre and a destination for medical tourism. Private universities have been attracting more foreign students to complete their studies in Cyprus due to the island’s competitive fees, English curriculum and enviable quality of life. Specific areas of education experiencing significant growth are applied technologies relating to oil and gas, health, and online education. Oil and gas management in particular is attracting interest as a result of Cyprus’ recently discovered natural gas reserves and the arrival of foreign companies working in the field. Foreign universities and colleges are also taking advantage of opportunities in Cyprus, with a number of accredited UK institutions establishing campuses on the island and collaborating with local partners. Cooperation with leading international research institutes has also heightened Cyprus’ image as a regional knowledge hub. The highly regarded Cyprus Institute (CyI) boasts the most powerful supercomputer in the eastern Mediterranean region and works closely with the renowned Massachusetts Institute of Technology (MIT).

A popular tourist destination since the 1960s, Cyprus attracts more than 2 million visitors every year. The majority visit to enjoy the sun and sea, but Cyprus is also becoming renowned as a destination for medical treatments. The country has a substantial private health care sector consisting of 80 private hospitals and clinics with state-of-the-art equipment. Seen as a cost-effective location for treatment, Cyprus has become popular for check-ups and diagnostic tests, elective surgery, dentistry as well as cosmetic and plastic surgery. The highly qualified medical professionals, the warm climate and the possibility to combine leisure with treatment are a compelling proposition for medical tourists from around the world.

Cyprus’ strategic location has been a major factor in shaping its history throughout the centuries and its development into an international business centre. EU and eurozone memberships further enhanced the island’s appeal and today Cyprus is transforming from an outpost into a key services hub in the Eastern Mediterranean, serving as a business bridge between Europe, the Middle East, Africa and Asia. Cyprus’ offering of specialised and internationally-recognised services, unrivalled access to key markets along with rewarding business opportunities has proven attractive for decades and continues to cater to the diverse needs of international companies and individuals. Its sophisticated business infrastructure, advantageous and transparent regulatory environment coupled with the current structural reforms is set to further boost Cyprus’ reputation as an international centre of business excellence. Professional but without the rat race, Cyprus offers an atmosphere that makes business pleasurable as well as profitable.