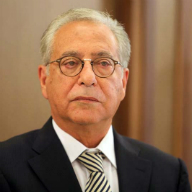 After a delay of two decades, Cyprus will at last start a gradual adoption of the national health scheme half-way next year with its full implementation by 2016, subject to the state of the economy.

Health Minister Petros Petrides said that the NHS is the only outstanding issue remaining from the package of reforms agreed with the troika of international lenders as part of the 10 bln Cyprus bailout programme last year. The cost of introducing the NHS is estimated at €90 mln a year. Dr Petrides said that the remaining 15 chapters of the MoU on health have been completed. “This had been the biggest challenge from the day I took office, but I will not get into the argument of why the scheme was not introduced during economically healthier years before,” said the minister, former chief of the Nicosia General Hospital. “However, let’s not hide behind our fingers. Implementingthe plan under the current difficult economic circumstances creates further problems. We are obliged to ensure that it will be a viable, functional and above all a fair scheme,” Petrides said, adding that the aim is to primarily protect the poor and low-income earners who have been worst hit by the economic crisis.

The minister said that various international bodies have been consulted, such as the World Bank, the World Health Organisation and the IMF, who agree that under the present circumstances there are a number of clear dangers and risks involved with negative repercussions for the scheme in its present form. “Both the public expenditure and the national burden are expected to rise significantly,” the international bodies found, with a major impact on the labour market, as the immediate implementation of the scheme will result in higher taxation to fund the programme. With the current high rate of unemployment, the introduction of the NHS will have negative repercussions. Also, they concluded that the present situation at state hospitals will not allow them to compete in the new environment as a basic precondition is the restructuring of the state facilities and health care services in order to ensure their autonomy.

Petrides said that outstanding issues include the new legal framework, the fee-structure for service providers, inter-hospital exchanges through the diagnostic relative groups (DRGs), budget allocations, information technology, the development of a clinical guidance and protocols, the supply and purchase of pharmaceutical supplies, the operation of the network of pharmacies, etc. Petrides concluded that this is why the NHS will be introduced gradually and the full implementation, in accordance with the MoU on reforms, pushed back to 2016. He added that the Troika expert on health, Christoph Schwierz, has recognised the reality that if the economy does not improve, then the deadline for the full implementation of the NHS by 2016 will be reassessed.