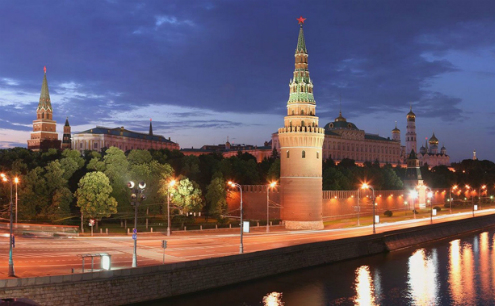 Cyprus is ready to fully conform “in record time” with all international transparency requirements to avoid losing double taxation agreements that countries like India and Russia have already brought into doubt.

Cyprus Investment Promotion Agency (CIPA) chairman, Christodoulos Angastiniotis, made the comment after a Russian news article in Vedomosti reported that the Russian finance ministry is considering adding Cyprus and Luxembourg to its blacklist of non-cooperative ‘tax havens’, just 11 months after Cyprus was taken off the same list. The ministry’s tax department head Ilya Trunin was quoted as saying that Cyprus and Luxembourg are now contenders to join the black list of 41 tax havens after their dismal transparency ranking at the Global Forum last week, overseen by the Organisation for Economic Co-operation and Development (OECD).

Luxembourg, Cyprus, the British Virgin Islands, Switzerland and the Seychelles were singled out at the forum for not meeting international standards on tax transparency, potentially putting investments in the countries at risk. Asked to comment on the Russian report, Angastiniotis said: “We are ready and determined, as is the government, to be in full conformity with all the OECD indices in record time.”

The finance ministry’s permanent secretary Christos Patsalides told the Cyprus Mail that the ministry has not received any official information regarding Russia’s concerns. However, the Cypriot ministry would contact the Russian embassy in Nicosia and finance ministry in Moscow to find out what their concerns are and examine them “very carefully”. “We expect to have talks on this and whatever their concerns are I believe we have the capacity to address them,” he said.

Yiannos Charilaou, chairman of the Institute of Certified Public Accountants of Cyprus (ICPAC), said even a one per cent chance of Cyprus being added to the Russian black list had to be taken very seriously. “Without panicking, the government must immediately investigate and try to clarify these issues – and they have our support,” he said. Charilaou said ICPAC has made a number of proposals to tackle the transparency issue on taxation information exchange with other countries. “We need to take correct, targeted and courageous decisions. We are in a situation in Cyprus, post-Eurogroup, where we don’t have any margin for error,” he added.

According to a source, the authorities plan on weeding out the rotten apples who refuse or delay in responding to information requests from the Inland Revenue Department (IRD) using a three-pronged approach: 1) through a name-and-shame policy of companies offering legal, auditing or fiduciary services; 2) reporting them to the relevant regulatory authorities (Bar Association, ICPAC or Securities and Exchange Commission); 3) through penalties imposed by the IRD like refusing to issue companies with tax residency certificates.

India recently cancelled its double taxation treaty with Cyprus on the grounds that it did not receive any answers to the questions sent to the authorities here. A Cypriot team representing state and private sector interests returned yesterday from India where they held meetings to renegotiate the double taxation agreement. A source said the Cypriot team had to bend over backwards to ensure negotiations went well.

On Russia’s latest move, another source said a Cypriot team including finance minister Harris Georgiades is due in Moscow for talks on December 8. Threatening to put Cyprus back on the black list before the meeting could be interpreted as a tactical move to force the Cypriots to negotiate under pressure, the source said.