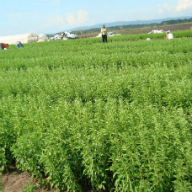 Cyprus to contribute to the Green Climate Fund

Cyprus, assuming its global responsibility, in spite of its size and its difficult financial situation, is ready to contribute to the Green Climate Fund the sum of €350,000, Minister for Agriculture, Rural Development and Environment NicosKouyialis announced recently.

The Minister was speaking at the EU House in Nicosia, during the informal press briefing ahead of the opening of the 21st Conference of the Parties to the United Nations Framework Convention on Climate Change (COP21) to be held in Paris between November 30 until December 11.

Present at the press briefing were the Head of the Representation of the European Commission in Cyprus George Markopouliotis and the Ambassador of France in Nicosia Jean-Luc Florent.

The French Ambassador said that the terrorist attacks in Paris less than two weeks ago have increased the challenges that France, as the host country, faces in order to secure this historic event.

“The President decided that the COP21 will take place even after these attacks, because climate is important to the whole planet and this event will be drastically reinforced, and some events have already been cancelled to prevent any threats (Climate march for instance). Any event taking place in secured premises will be maintained,” he added.

Florent said that next Monday, the Climate Change Summit, will be opened by the heads of states and heads of governments. During two weeks, more than 40,000 persons are expected to come to Paris.

“The objective is still the same: reaching a universal binding agreement and define solutions to limit global warming to less than 2° C in comparison with pre-industrial era”, he stressed.

He concluded saying that 2015 seems to be the warmest year ever recorded and an incredible number of extreme climatic events occurred, which could be linked to global warming. That is why, he added, it is urgent to act so that 2015 could also be the wake-up year against climate change.

The Head of the Representation of the European Commission in Cyprus George Markopouliotis said, “we are indeed in a crucial period in the run-up to the adoption of a new global climate agreement in Paris in December.”

He added that the Paris agreement has to be comprehensive. “We know that poor and vulnerable communities around the world already have to cope with the reality of today`s climate impact. They will need support from their own governments and from the international community,” he noted.

He said mobilizing finance for climate action is essential, adding that the EU and member states are already the biggest providers of climate finance.

“Europe succeeded in cutting emissions by 23% between 1990 and 2014 while the European economy grew by 46% over the same period. We have shown consistently that climate protection and economic growth go hand in hand,” he concluded.

Cyprus’ Minister of Agriculture said, “Cyprus is located in an area that is already experiencing the first serious effects of climate change. We have been witnessing prolonged periods of drought, increased temperatures and degradation of forests and rare ecosystems”.

He added that Cyprus fully complies with the commitments and expectations of the international community and the European Union and actively participates in the joint efforts to protect the earth’s climate and secure the future of its people.

Kouyialis said that the Paris agreement must be binding, so as all countries to assume their obligations and a mechanism is needed to monitor the whole process for success.